The SAG Awards brought out the stars for a night of accolades and fashion. Here are our picks for the best and worst dressed of the night. 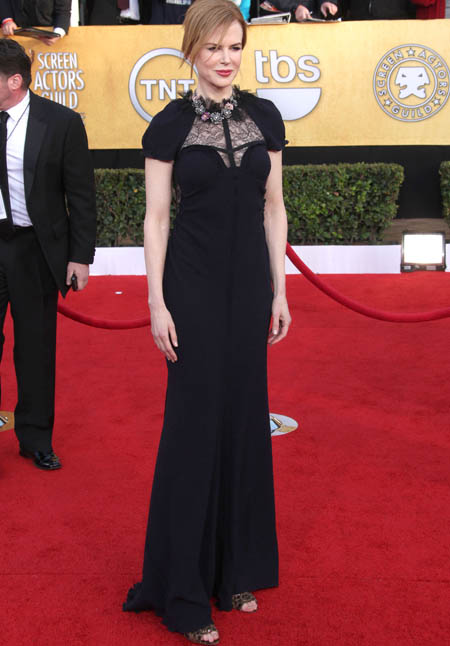 If I was a movie star, I would prance around my mansion stroking my snow white fluffy cat sipping delicately from a crystal flute of fine champagne while wearing a black sequin-on-satin bathrobe. Since I don’t actually have a bathrobe like that, maybe Christina Hendricks will let me borrow the one she’s wearing? 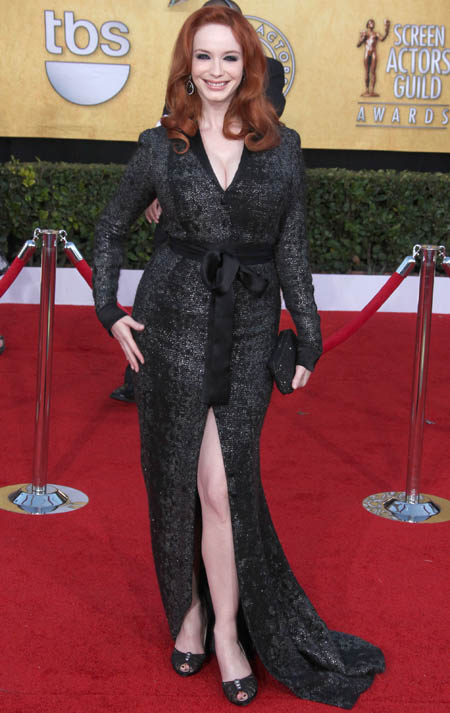 Even her wonky eye couldn’t distract from the fact that Angie Harmon looked like a chicken with tan lines. 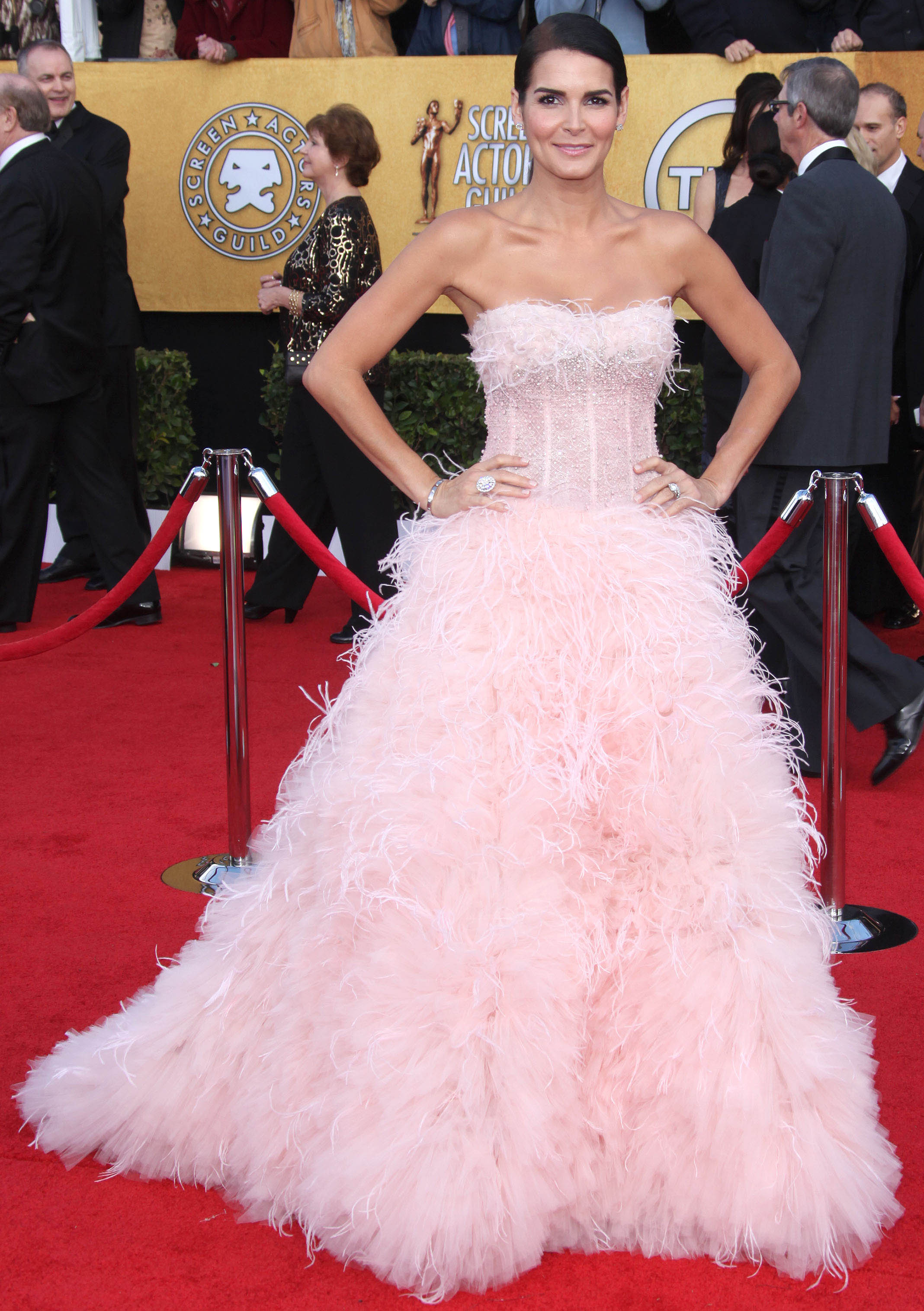 I really hate to do this to a sensitive 14-year-old girl, but it’s better she learn sooner rather than later. This might be the ugliest dress we’ve ever seen on the red carpet, and that’s saying a lot in a world Helena Bonham Carter lives in. 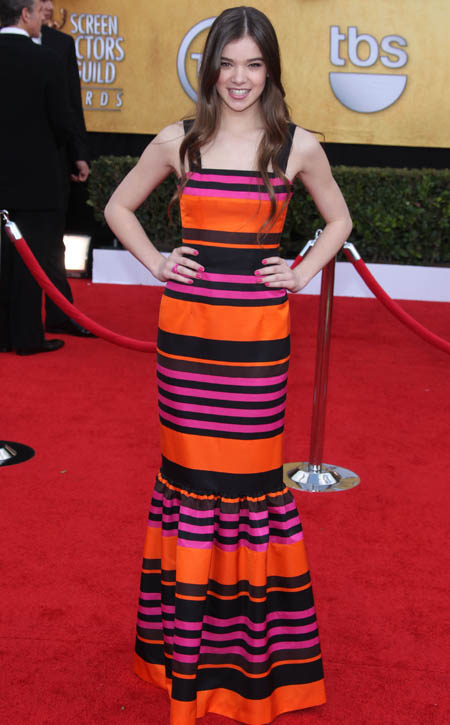 Melissa Leo may be celebrating her big win, but her dress sure isn’t celebrating her figure. Maybe it looked better in her home without the harsh sun and TV lights hitting her at all the wrong angles, but it isn’t doing a thing for her here. Add in the utterly blah color and you get one drab lady. 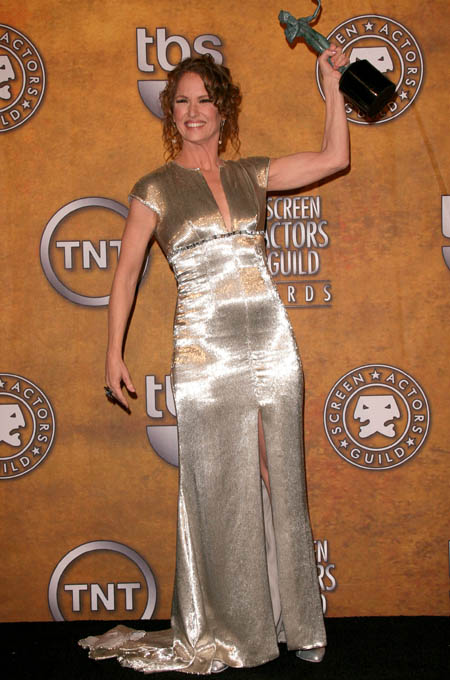 Kate Mara is a huge Herve Leger fan — she’s a fixture at the designer’s runway shows and often shows up in the dresses at events, even at said runway shows, which is kinda like wearing the band’s tee shirt to the concert, but whatever. This dress is a hideous ribbon candy monstrosity that should never have seen the light of day, and the headband is utterly unforgivable. 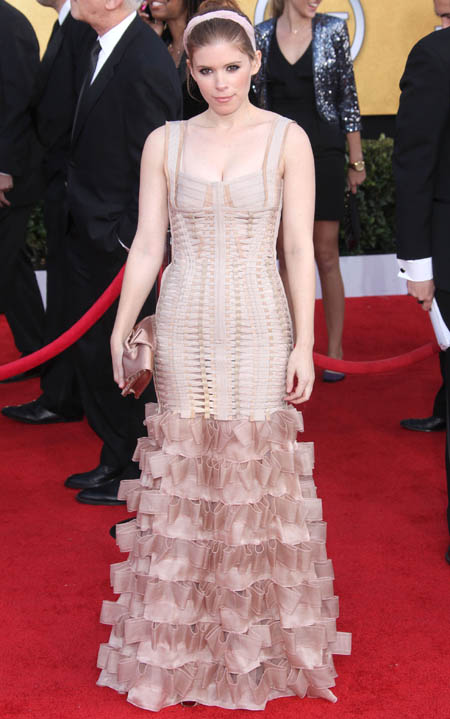