The biggest actors in entertainment turned out to celebrate their own at the Screen Actors Guild Awards and it was a big night for TV and the casts of Boardwalk Empire and Modern Family, not to mention Best Actress and Actor winners Betty White and Alec Baldwin. Colin Firth and The King’s Speech shut out The Social Network for the Best Actor and Ensemble wins of the night. 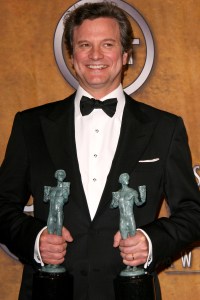 The Screen Actors Guild Awards, likened to the appetizer before the big meal that is the Academy Awards, rolled out the red carpet for top honors in TV and film Sunday night — it’s a night for actors by actors.

Steve Buscemi and Boardwalk Empire kept their Golden Globe momentum going with Best Actor and Ensemble SAG wins for elevating television drama to new heights. The comedy category wasn’t quite the Glee sweep some might have thought it would be — in fact, they got shut out.

Betty White and Alec Baldwin took the wins for Best Actress and Actor to which White graciously replied in regards to her walk to the podium, “They had to get the old broad up the stairs and that ain’t easy.” Her win was a shocker.

While the night is a celebration of both TV and film, much of the focus was on the big screen, being the SAG Awards are the last big trophies dealt out before the Oscars go live February 27.

Could the Screen Actors Guild Awards tell the future of this year’s Oscars? We don’t know about that, but we do know both Christian Bale and Melissa Leo took home the SAG Award for Best Supporting Actor and Actress for their well-deserving roles in The Fighter. “Thank you for getting me a man I can bring home with me tonight,” Leo said in tribute to the actresses in attendance who played her daughters in the film.

Natalie Portman showed off her growing baby bump in an appropriate body-skimming dress while accepting her award for Best Actress in Black Swan. Colin Firth and The King’s Speech could be heading straight for an Oscar win as Firth took home the SAG for Best Actor and the cast took home Best Ensemble.

Check back with SheKnows for all the details on every inch of the road to the Oscars. And keep close attention on our award show predictions. 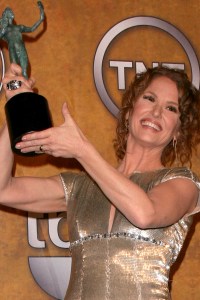