Charlie Sheen was hospitalized for a hernia flare-up not a drug overdose, according to his rep. 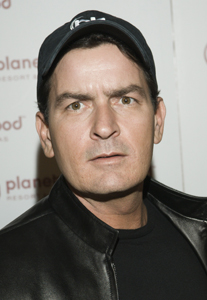 Here’s how it went down:

Two of the women were seen leaving Charlie’s house as he was wheeled to the ambulance, his face partially covered by a towel.

Sheen does have a history of hernia problems. His hit show Two and a Half Men is on hiatus this week, so the shooting schedule will not be interrupted by his latest shenanigans.

And about that suitcase full of cocaine? Sheen’s rep, Stan Rosenfield, told TMZ, “I can’t comment because I have no idea if it’s true. You choose to believe your source. I don’t.”