Author Jill Kargman divulges some of her most personal and hilarious moments with SheKnows.

Jill’s newest book, Sometimes I Feel Like a Nut, just hit stores. The hilarious author chatted up SheKnows about the book and her nutty life. 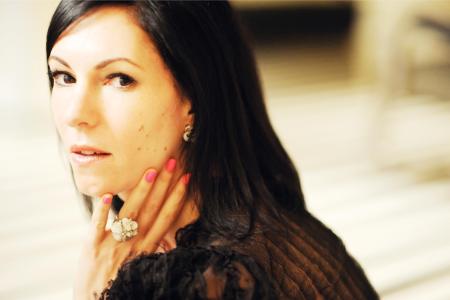 SheKnows: Your book is full of hilarious stick figures. Tell us about how you got the idea to include them.

SheKnows: You’ve always been known for your chick lit — The Washington Post even called you “the queen of the beach read” — what inspired you to make a foray into non-fiction?

Jill Kargman: I had a (expletive) year when I turned 35. I was drowning in work and three kiddies and so I started drinking (not heavily — don’t call Child Services), got the tattoos I always wanted and got a gun license. I don’t shoot animals or people or anything, just targets. Anyway, HarperCollins approached me with the idea of doing essays and given the wacky place I was in my life, it felt like the right time — and the process was actually really fun and centering.

SheKnows: After reading this book, it’s clear that you have a truly one-of-a-kind sense of humor. What are your major comedic influences?

Jill Kargman: I’m not even a flea-speck of dirt on the outermost periphery of his league, but Woody Allen is my idol. I dedicated the book to him, with non-stalkerish admiration. I don’t want him to think that I’m all Kathy Batesy, or like, boiling bunnies on his stove. I just love him and think he’s the funniest, most brilliant human ever. 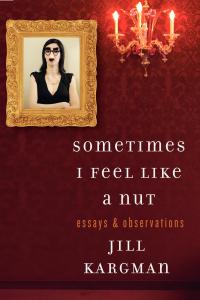 SheKnows: This may be an impossible question, but if you had to choose a favorite essay from Sometimes I Feel Like a Nut, what would it be?

Jill Kargman: Hmm…people seem to like my psycho babysitter ones. Especially with Black Swan out now — I grew up with crazy ballerinas living with us, so I have some great stories about the rexi who ate a carrot and tried to sweat it off in the sauna for four hours and then passed out. And then there was this alleged Southern belle who was banging our doorman in my parents’ bed. Good times.

What’s Next for Jill Kargman?

SheKnows: What can we expect from you next, Jill? Do you plan on making a return to beach reads?

Jill Kargman: My next book will be a novel but if this book does well, I’d love to do these essays forever!

Check out our article about Sometimes I Feel Like a Nut.