What do Justin Bieber and Ozzy Osbourne have in common? Until now, practically nothing except that they are both singers who have played to millions of fans. News has broke that the two polar opposite stars are joining forces for the always news-making Super Bowl advertisement. 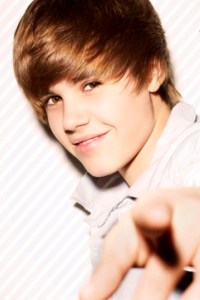 Would it be anything Ozzy if his wife-manager wasn’t at his side? Hardly, so count on Sharon Osbourne to appear in the Super Bowl ad alongside her man and the teen sensation from Canada in their big-game advertisement for Best Buy.

Ozzy Osbourne, 62, and Justin Bieber, 16, got together in early January to create their Best Buy ad and will try to make it into our annual Top 10 Super Bowl ad countdown.

On February 6, all eyes will be on the Pittsburgh Steelers and the Green Bay Packers, two classic old-school NFL franchises, as they take to the field to do battle to become Super Bowl champions.

As much as the drama is set to unfold on the field in Dallas, millions tune in to the annual NFL championship game to witness the commercials that advertisers pay millions upon millions of dollars to produce and air.

The Bieber and Ozzy Best Buy ad is merely the first we are hearing about. Look for more tantalizing Super Bowl ads to be announced in the coming days as the February 6 event draws closer.