American Idol hopeful Chris Medina stole the judges’ hearts with his emotional story and stirring audition. Read on to learn about his inspirational story.

Moments like this remind us why we still love American Idol so much. 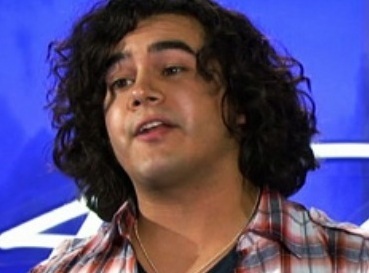 Twenty-six-year-old Chris Medina appeared before the judges and gave an emotional explanation of why he wears his fiancee’s ring around his neck. Medina and Juliana Ramos were two months away from marrying in October 2009 when she suffered serious brain damage in a car accident.

Now, Medina is one of her primary caretakers — and Ramos is his biggest fan.

“What kind of man would I be if I walked away when she needed me the most,” he said during the emotional pre-taped interview.

Medina went on to sing a stirring cover of The Script’s Breakeven — and the judges were visibly impressed.

After Medina finished, they asked him to bring in his fiancee to meet them.

“That’s why he sings so good, because he sings for you,” Steven Tyler whispered into Ramos’ ear.

The best part? The judges gave Medina his ticket to Hollywood.

We can’t wait to see what Chris Medina brings to the American Idol stage — and we know Juliana Ramos will be right there the whole time.