Nikita returns to the CW January 27. Yup, we’ll be watching too. SheKnows was lucky enough to chat with star Maggie Q recently and we got some info on what’s coming up on the show, whether or not we’ll see a romance with Michael (Shane West) and a cause that’s close to her heart — animals. 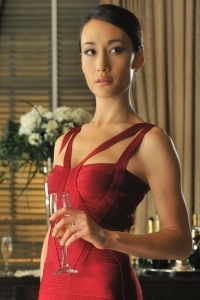 Maggie Q’s Nikita is a pretty kick-ass chick. In the CW show, her character fights back against Division, the secret organization that stole her childhood. In real life, Q fights for animal rights. SheKnows recently got a chance to chat with Q about the show.

She spills on the relationship between Nikita and Michael, where we might see it go and what it’s like to do her own stunts.

Maggie Q also talks about her extensive work for animal rights. This lady walks the walk. She also shares how she became a lifelong vegetarian, gives us her favorite recipe and tells us how she’s making co-star Shane West healthier. Nikita returns to the CW tonight at 9 p.m.

SheKnows: It’s really nice to see chicks kicking butt!
SheKnows: Really? Thank you so much! I love talking to chicks that like that!

SheKnows: So what is it like to be a kick-ass chick on TV?

Maggie Q: Well, it feels really nice to have a woman in a position where she’s not only kick-ass, but she’s incredibly vulnerable, damaged…just like any other of these male characters that can never kind of find that reconciliation and have that atonement that they’re searching for. And what I love about Nikita is that she’s not just…sometimes when they do kick-ass chicks, they go gratuitously sexy or cheesy or…she’s not. She’s the real deal. And the way they write her and the way they present her is, I think, something substantial for women, instead of fluff. I really enjoy that.

SheKnows: A lot of times they end up making strong women men with boobs.

Maggie Q: Totally. And that also doesn’t feel natural, right? I think the whole thing about being tough and being strong is celebrating that you are a woman. That it’s okay. You don’t have to be a guy.

SheKnows: That, of course, brings me to Michael. I mentioned this interview on Twitter and got a zillion questions about when they’re going to hook up, if it’s ever going to happen or if the relationship is too damaged. 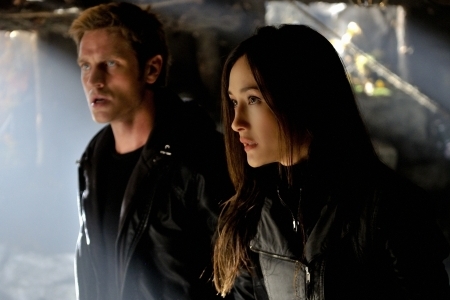 Maggie Q: Sure. It is a damaged relationship. I think Michael and Nikita…what I really like about them is that they represent something that we’ve all been through at one time or another, where there is so much you can’t say to each other. And I think for them, there is so much they should. They just don’t, by virtue of who they are and what they’ve been trained to hold back and how they’ve been molded as people. I personally never feel like it’s too late for people to find that again. I think it’s incredibly hard to do that. But we don’t know the reasons…well, I know them [laughs] but you guys don’t know the reasons yet of why they couldn’t be together. And that’s coming up in a sense. I mean we do know…there was a Michael-Nikita episode, episode nine, where you know he stayed at Division so he can find the people who killed his family, so we know that. So we know there is one thing that holds him back. We don’t yet know what the offer was and what she wanted of him and how that all sort of happened. It’s just one of those things. It’s unrequited. It’s true, but we’re going to deal with it this season.

SheKnows: I’m glad they’re letting it play out instead of rushing it all. It’s a cool dynamic.

Maggie Q: It is a cool dynamic. If you really, really love someone, I think those things are harder. I think you can be soft with somebody who you don’t feel there is any consequence with, because maybe your heart is not totally into it. I think with those two, there is something very, very deep there — so deep that it’s scary. And she would have been the first person that Michael cared about since his wife, and he would have been the first person that she loved.

SheKnows: I really like the relationships in this show. And speaking of the other big one, Alex (Lyndsy Fonseca) just got promoted to field agent. How is that going to affect the relationship?

Maggie Q: Well, it changes in the sense that she’s now at a higher level of clearance, and there are going to be things that they can do on a higher level, but they still can’t work together yet, because she’s being tracked. And she’s being watched…I think you’re going to be really surprised where that relationship goes this season, because there is still so much we don’t know about what really happened with her parents and where she really came from, and how Nikita is involved in that and what that’s about. So I think when those things get uncovered, things are going to get really complicated. 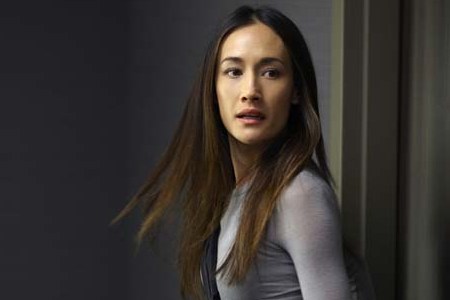 SheKnows: The promos for the 27th have been promising bigger and better missions. Can you give us a little tease?

Maggie Q: Yeah, well, there is a new character you’re going to see a little bit more of. And yes, our action sequences are only getting better, and we now have a choreographer that has come up from LA, who I’ve worked with for many years and I’ve done a lot of films with him. I kind of stole him from LA and all the movies that wanted him. So I’m really lucky he’s working with us. The stakes are getting higher because the story is going to move forward in a different way. So that is actually what’s cool about it. It is getting bigger and bigger. We’re getting to a build where it might explode by the end of the season [laughs].

After the jump…Maggie Q dishes doing her own stunts!