Dancing With the Stars dancer Cheryl Burke is talking about a dark part of her past in hopes of helping other victims: Burke was sexually abused as a child. 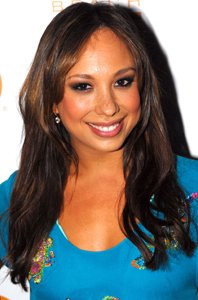 Cheryl Burke said she was repeatedly molested by a family friend, then testified against him in court — sending him to prison for almost 20 years.

The Dancing With the Stars fan favorite said the man was a trusted member of her community and would often pick her up from school and help out around the house. He started molesting her when she was five years old and hurt other neighborhood kids too. When they came forward, so did she.

Like many abuse survivors, Burke said she initially felt guilt and confusion over what happened, especially since she was still emotionally fragile over her parents’ divorce.

“I felt guilty for wanting his love and affection,” she said of her abuser, and reported that testifying against him was “the hardest thing I’ve ever done. I saw his face and lawyers were asking me these questions and I was like, ‘What am I doing? Did he even do anything wrong?'”

Now, after years of therapy, Burke knows she truly was a victim and that she did the right thing by putting this monster behind bars. She hopes she can inspire others to do the same.

“If I can help just one person,” Cheryl Burke said, “for me that’s all that matters.”