Glee‘s latest post-Super Bowl episode photos are bringing out the zombie in our favorite McKinley High students. Glee is about to get a Thriller up in here!

Glee’s post-Super Bowl episode is steadily gaining more buzz than the big game itself. If you’re planning on watching Super Bowl XLV on your big screen February 6, don’t change the channel right after — even if your favorite team loses.

If you have never seen Glee, you do not want to miss the return of Glee!

Glee’s post-Super Bowl return is shaping up to be the most expensive episode of the show’s run and from the stellar production values displayed in the official pictures, it was money well spent. 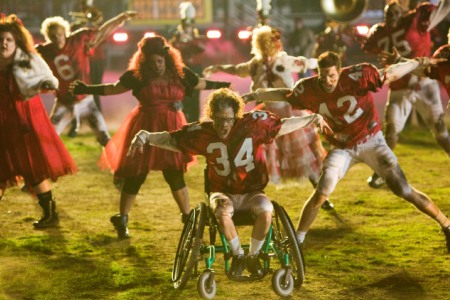 In the photos released from Fox, it looks like fans will get to see Glee’s cheerleading divas of the Cheerios rock some fierce blue Katy Perry wigs while busting a move to the singer’s hot track, California Gurls. 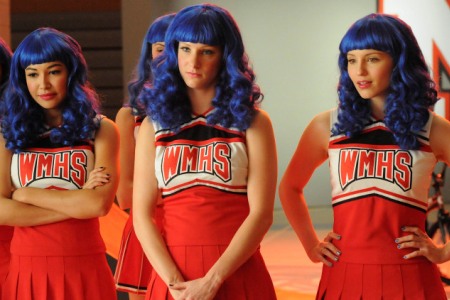 The Cheerios’ head-bitches in charge won’t just be channeling their inner Katy Perry during the Super Bowl episode, they’ll also be taking a page from the King of Pop, Michael Jackson. Dianna Agron, Heather Morris and Naya Rivera will join Lea Michele, Kevin McHale and the rest of the Glee cast on the football field for their very own ghoulish version of Michael Jackson’s Thriller — which also happens to be the episode’s name. 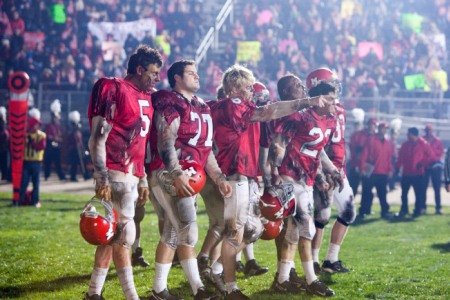 See if you can spot your favorite Glee member of New Directions in the pack of zombies snapped in the pictures.

Glee is pulling out all the stops, keeping in the theme of the big game. The entire episode revolves around McKinley High’s football team and its cheerleading squad, the Cheerios. 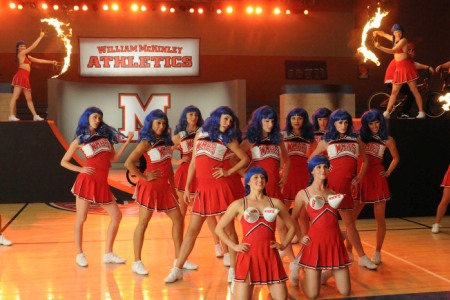 Watch as the McKinley High football team competes in its own championship game and the Cheerios compete in regionals. Oh, did we forget to mention Katie Couric will be stopping by? What a perfect way to end Super Bowl XLV.