If you are a teen, have a teen or know a teen, you’ve probably seen a copy of The Hunger Games lying around. (It will be right under the final Twilight book, Breaking Dawn.) The Hunger Games is about to become a film and it’s finally gotten a release date. 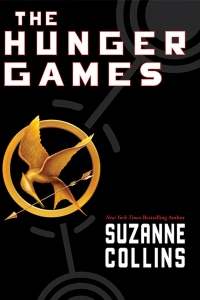 The Hunger Games has been called everything from the next Harry Potter to the next Twilight and that’s not just because it’s full of teen angst. The books have not only been selling well with teens, but have captured the imagination of adults as well.

These sci-fi novels by Suzanne Collins tell the story of a post-apocalyptic world in which teen Katniss Everdeen resides. She lives in Panem, where North America once stood.

In this world, the corrupt government — The Capitol — holds an annual televised event where one boy and one girl from each district are chosen to fight to the death. See the appeal? The novels have sold over 3.3 million copies in the U.S. alone, and foreign rights have been sold in 41 countries.

No cast has been announced for the film, but the first in the trilogy is set to begin shooting in late spring or summer. According to The Hollywood Reporter, Lionsgate has just announced a release date for The Hunger Games as March 23, 2012. Gary Ross is directing.

So who do you want to see nab the role of Katniss? Have you read the books? Can anything replace Harry Potter or Twilight in your heart? Let us know!