When you’re 14 years old and nominated for a Best Supporting Actress Academy Award you must be on cloud nine. But how does it feel when Justin Bieber uses his Twitter to congratulate you? We’ll never know the feeling, but True Grit star Hailee Steinfeld does. Steinfeld wasn’t honored with just one tweet, but two! 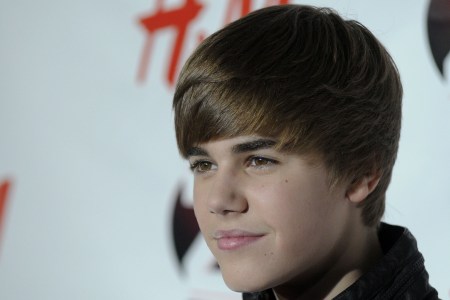 Justin Bieber first tweeted over Hailee Steinfeld’s True Grit nod: “Met at the Globes and she is super talented. Congrats to Hailee Steinfeld for being 14 and getting nominated for an Oscar for True Grit!”

OMG, Bieber said her name! Think she passed out? The singer then tweeted later, “Now Hailee get a twitter.” How cute was that?

Hailee was on Jimmy Kimmel and revealed how she found out she was nominated for her role in True Grit. “I was asleep when the announcements were being made. I actually woke up to my parents screaming in the other room,” the actress said. “I was very excited. I think I got more text messages today than any other time in my life. It’s very overwhelming, it’s a lot to comprehend but I have great family and friends who are very supportive.”

Kimmel then asked Steinfeld if she knew Justin Bieber gave her some props via his Twitter. She replied, “I did, a friend told me.”

A Justin Bieber shout-out and an Oscar nod? This girl is living the dream! Congratulations, Hailee Steinfeld, on both your True Grit nomination and tweet from Justin Bieber.