Lindsay Lohan and Paris Hilton have been offered $500,000 apiece to knock the feathers out of each other. 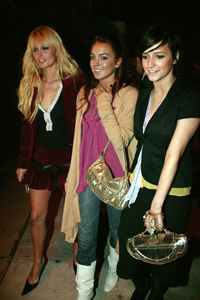 Frenemies Paris Hilton and Lindsay Lohan have been handed a golden opportunity to settle their beef once and for all: A celebrity boxing match.

Celebrity boxing aficionado and Hollywood Boxing Federation promoter Damon Feldman says he will give the starlets each $500,000 to give to charity — preferably anti-drug and alcohol campaigns considering their histories — if they agree to a matchup.

“We’re calling it the battle of the bad girls of Hollywood.

“They would use big pillow-sized boxing gloves. This would be nothing more than a fun match-up, and Paris and Lindsay have both dabbled with boxing training in the past.

“Michael could even help train Lindsay as he is undefeated in Celebrity Boxing!”

Who do you think would win this battle of the witless: Lindsay Lohan or Paris Hilton?