After exiting American Idol, Kara DioGuardi is set to start her next chapter — professionally and personally. 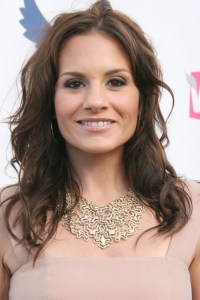 Before landing as an American Idol judge, DioGuardi was a sought-after songwriter who had penned hits for Christina Aguilera (Ain’t No Other Man), Britney Spears (Heaven on Earth), Pink (Sober) and Carrie Underwood (Undo It).

Her production company, Arthouse Entertainment, employs dozens of songwriters and has the distinct honor of earning 11 Grammy nominations this year, including two nominations for Record of the Year.

Her passion for songwriting has also resulted in two facets — first, DioGuardi is the Executive Vice President for Talent Development at Warner Bros Records and second, she is starting a songwriting competition on Bravo, called Platinum Hit — starring Jewel and herself.

On this day, we are catching up with Kara DioGuardi after her participation in the 2011 Folgers Jingle Contest. The contest provides songwriters with the opportunity to score the next great Folgers ad while earning prize money totaling $25,000.

Catching up with Kara

SheKnows: It’s really great to visit with you again — I actually first talked to you a few years ago with Dave Stewart for a little Platinum Weird talk.

Kara DioGuardi: OMG. That was a few years ago, right?

SheKnows: Yes indeed. I just first want to talk to you about the Folgers Jingle Contest and why you wanted to get involved. With your passion for songwriting, what are you hoping to find out of this contest? 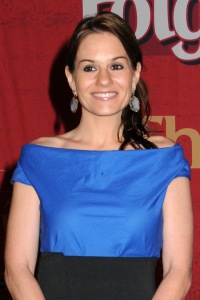 Kara DioGuardi: Well, last year was so successful. We found the Ethan Thompson Band — just a bunch of young songwriters-artists and they put this new spin on that iconic jingle, The Best Part of Waking Up is Folgers in your Cup. And we want to do it again. It was a great way to reach out to the artistic community, especially young aspiring songwriters and artists, and give them a chance to win some money. They win $25,000, they can be in a commercial and they get a mentoring session with me. I thought it was really cool that a company like Folgers would invest so heavily in going out and finding new talent. It says a lot, especially when schools and programs for music are cut everywhere in the country these days.

SheKnows: Is the mentoring process inspiring to you?

Kara DioGuardi: It’s so important. If I hadn’t had people take an interest in me early on in my career and mentor me, I don’t know where I’d be. You talked about Dave Stewart, he’s a great mentor. He saw the artist in me and he helped me break through some walls and taught me so much. The words and advice of all these great people that I met throughout my career, they made a difference. They kept me from going down the wrong lane.

SheKnows: And what was it that got you to first start writing songs?

Kara DioGuardi: Well, I didn’t really want to be, I wanted to be an artist. My first clue about songwriting is that I was really bad at it. I needed to get better if I wanted to have a career. What it forced me to do was take a look at myself to see who I was and what I was feeling — because if you can’t be truthful with yourself, you can’t write great songs.

SheKnows: Are there any singer-songwriters that you kind of looked up to when you were coming up?

Kara DioGuardi: Oh yeah, Carole King, John Lennon, so many people. Even guys like Steven Tyler, even though he’s in a band — he’s a songwriter [laughs].

SheKnows: Do you feel like you’re still learning as a songwriter?

Kara DioGuardi: I think we’re all still learning every day. I’ve been spending a lot of time in Nashville, which I love the country music market because songwriters are so appreciated and every word means something. There’s no filler. I’m astounded at how much I learn down there. What I love about it is I can talk about issues that are relevant to me today as a 40-year-old. Sometimes in pop music those issues aren’t as relevant. To go down there and be around the greats really opened my eyes up to a lot of things.

SheKnows: I’ve been there quite a few times and what’s great about that city is you can walk down the street and feel the history — the power of the song.

Kara DioGuardi: It’s the commitment to the song. It’s that people don’t stop until it’s great or at least that’s the intention. Everybody there is there for a common goal and that’s to write great music and you kind of feel it.

Kara is so Platinum

SheKnows: Tell me a bit about this show you’ve got coming up, Platinum Hit. 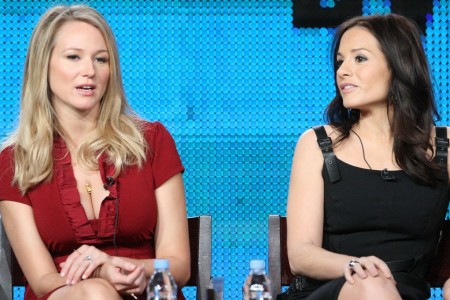 Kara DioGuardi: It’s an inside look at the process of songwriting and what it takes to write songs. It’s competitive, it’s drama. Jewel’s on it, she’s a host and also a judge. It’s really going to be interesting. I hope for people to see how hard it is to create great, great songs.

SheKnows: So the experience for you, how would you rate it as far as your career so far?

Kara DioGuardi: Well, I love it because there’s such a large part of it that’s mentoring. You get to tell the contestants what was great about their song and what wasn’t and when there was something that wasn’t great, you can suggest how to make it better. You actually can see them learning, so it’s not just like, “Oh you suck.” I really love that.

SheKnows: What are your hopes for some of these songwriters that are coming out of the show?

Kara DioGuardi: I hope they can make a career in songwriting and I think a few of them can. I think it’s the best thing for them. They’re going to learn faster and more condensed than they ever would have. We have so many guest judges — their advice is undeniable.

SheKnows: Tell me a bit about your production company, Arthouse, and congratulations on all the Grammy nominations this year.

Kara DioGuardi: Thank you. We publish about 13 writers. One of our writers has been nominated for seven Grammys [laughs]. We’re all pretty excited. That’s just the best feeling when you find a new talented person and they go on to breaking records.