So the nominations for the 2011 Annual Academy Awards are out and Winter’s Bone is up for Best Picture. Haven’t heard of Winter’s Bone? You are not alone. What’s it about? What was so compelling about the performances of Jennifer Lawrence and John Hawkes? We’ll let you know. 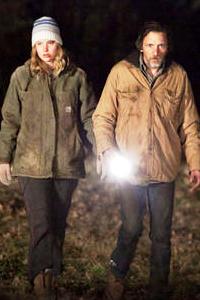 In fact, you probably have no idea what it’s about. Don’t feel bad. It’s hardly a blockbuster. We’ll give you the scoop on the least known film in the lot so you can sound like you know what you’re talking about at that fancy Oscar party you’re going to this year.

The film is an adaptation of Daniel Woodrell’s 2006 novel. It’s the story of 17-year-old Ree Dolly (Jennifer Lawrence), who lives in the Ozarks. The family is dirt poor and Ree is taking care of her young siblings with an absent father and a withdrawn, depressed and mostly mute mother. The local economy, what there is of it, runs on the crystal meth trade and Ree’s missing father is right in the middle of it.

To find her father and save her house, she has to poke her nose into some pretty dark places. And this is a town that doesn’t take kindly to little girls messing around in their business. John Hawkes plays Teardrop, Ree’s uncle and sometime protector.

Winter’s Bone is an incredibly bleak, raw look at a part of our country most people are unaware of. (Well, unless you read that V.C. Andrews novel as a kid like I did.) Lawrence gives a beautiful performance that shows her utter openness as an actress. This 20-year-old is still a relative newcomer and had to learn to skin a squirrel, chop wood and fight for her role. We’ll see her next in X-Men: First Class as a young Mystique. 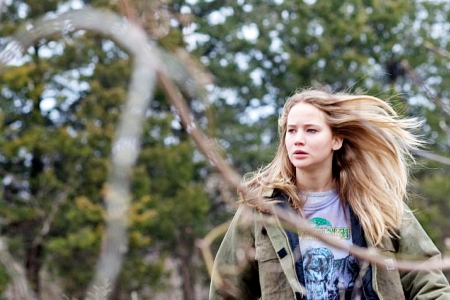 John Hawkes is one of those actors you see on screen and find yourself saying “I love that guy,” while trying to remember who the hell he is. Take a little peek at his IMDB page. He’s been in a zillion films, including Rush Hour and American Gangster. He plays Dustin Powers in Eastbound and Down. He’s also in Martha Marcy May Marlene which just sold at Sundance to Fox Searchlight. He does what only the very best character actors can do. He melts into a role and loses himself. In Winter’s Bone, he plays a mix of villain and hero and does it so well, we’re never sure when to hate him and when to root for him. His nomination was one of the big surprises this morning, since he’s been snubbed by so many awards shows. It’s nice to see him get a well deserved nod.