The nominations for the 83rd annual Academy Awards have dropped and SheKnows has the reactions from Oscar nominees Nicole Kidman, Natalie Portman, James Franco, Mark Wahlberg, the Coen brothers, Aaron Sorkin and more! 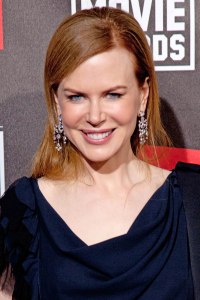 Mo’Nique and Academy of Motion Picture Arts and Sciences president Tom Sherak made the big announcements at the crack of dawn this morning, January 25, and now Hollywood is filled with excited Academy Award nominees! The Oscars party honoring outstanding film achievements of 2010 doesn’t arrive until Sunday, February 27, 2011, however, so we all have to wait till the big show to see who wins, but for now, let all the nominees bask in the attention.

SheKnows scoured the nominees’ responses to receiving such a massive honor. Here’s our roundup of this year’s Academy Award nominee reactions:

Nicole Kidman, Rabbit Hole: “What an extraordinary journey this film has taken me on! Rabbit Hole has been a labor of love, and I’m so thankful to John Cameron Mitchell, David Lindsay-Abaire and the brilliant cast.”

Natalie Portman, Black Swan: “I am so honored and grateful to the Academy for this recognition. It is a wonderful culmination of the 10-year journey with Darren to make this film. Making Black Swan is already the most meaningful experience of my career, and the passion shown for the film has completed the process of communication between artists and audience. I am so thankful for the support we have received and I share this honor with the entire cast and crew of the film, especially Darren Aronofsky.”

Colin Firth, The King’s Speech: “Currently celebrating with my colleagues three feet above the ground. I’m not used to this much joy or this much champagne at this hour.” 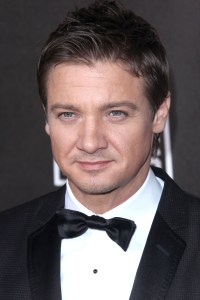 Geoffrey Rush, The King’s Speech: “I’m as excited to be recognized and honored by the Academy as my character must have been when his London speech-therapy business flourished when the future King of England happened to pop by one day.”

Jeremy Renner, The Town: “I am truly overwhelmed with gratitude by this recognition by the Academy this morning. I’m smiling from ear to ear knowing that lightning can strike twice, and it feels electrifying! I had a really hard time sleeping last night — for several reasons, but knowing this thing was happening in the morning is nerve-wracking. You never can tell. I certainly knew it was a flashy role. It was electric on the page. But there’s so many things that can go wrong when making a film, who knows what it will turn out to be. And it certainly pulled together a fantastic film and I’m happy to be a part of it.”

Mark Ruffalo, The Kids Are All Right: “I had no idea they were announcing today, I swear! I was totally taken by surprise. I just dropped the kids off at carpool. I was about five minutes from the school with a car full of kids. With so many kids, I didn’t even realize it was today. I’m glad I forgot about it. It’s made it all the more, I don’t know, just sweet and poignant and unexpected, you know?” 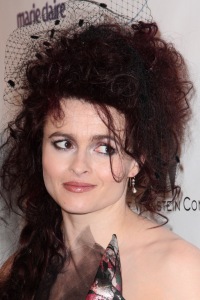 Helena Bonham Carter, The King’s Speech: “Of course I am thrilled to receive an Oscar nomination. As my three-year-old daughter said ‘Yay!’ I couldn’t put it any better myself.”

Jacki Weaver, Animal Kingdom: “It’s so fantastic. I was up most of the night but nodded off and missed my actual announcement. But I got a call right away and lots of text messages from my ex-husband and my family and friends. I knew we were doing good work all along, but I had no idea it would get this kind of affection. The ball started rolling a year ago when it won the world jury prize at Sundance — that’s what made Sony Classics buy it and that’s what got it the attention. I got several text messages from David [Michod, writer-director] and finally we spoke and he was very excited. He was over the moon!”

Melissa Leo, The Fighter: “I’m celebrating with the people who helped get me there — you and your colleagues in the various forms of press and media that have long witnessed my work and long written and spoken beautiful things about it and really, truly helped me get to this day. Everyone asks about celebrations and glasses of champagne. That I get the opportunity to talk to all of you and say: ‘We did it! This is awesome! Look at us now!'”

Hailee Steinfeld, True Grit: “I was asleep and I heard my mom and dad screaming in the other room. They came in my room with flowers. It was very exciting. It’s incredible. I’m in shock. The film overall is incredible. To be a part of it all was amazing. I’m so proud of it all.”

Darla K. Anderson, Toy Story 3: “We are ecstatic at the Academy’s generous and humbling recognition of Toy Story 3. For everyone that worked so passionately to bring these beloved toys back to life — from our artists to the actors — it’s incredibly gratifying to be recognized alongside these other amazing films today in both the Best Picture and Best Animated Feature categories.”

Michael DeLuca, The Social Network: “I’m deeply grateful to the Academy for recognizing TSN with eight nominations. It’s a recognition for every single one of the many many people who had a hand in bringing this film to life — both in front of and behind the cameras. I’m so incredibly proud to be a producer on this film. The mirror it holds up in terms of underscoring the universal, timeless human need for love, friendship and acceptance is a testament to Aaron Sorkin’s brilliant script and David Fincher’s masterful direction. Every producer in his career wants to be a part of a film like this one. Making the film, and being a part of it continues to be an incredible gift.” 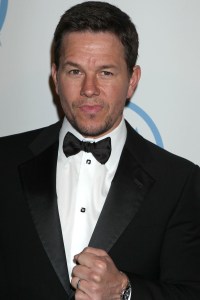 Mark Wahlberg, The Fighter: “It has been such an incredible journey with The Fighter and one that I am grateful to share with David O. Russell, Christian, Melissa, Amy, my fellow producers and the Ward and Eklund families, who are the heart and soul of the film. Thank you to the Academy for this tremendous honor.”

Dana Brunetti, The Social Network: “I’m just hoping that maybe I can get into a party now. I doubt I will be able to though. Us producers, no one recognizes us.”

Christian Colson, 127 Hours: “If you get six nominations, including best picture and best actor — I’d go see that movie. So I think it’s enormously important for the film.”

Jeffrey Levy-Hinte, The Kids Are All Right: “We are overjoyed that the Academy gave our film four nominations — what a journey, from years getting the movie together to Sundance last year to the Kodak Theatre next month! We made the film because we had something to say about the power of love, and I want to thank the Academy members from the bottom of my heart for showing us their love!”

Celine Rattray, The Kids Are All Right: “It took us seven years, 13 financiers, and a 23-day shoot to make our film a reality. By recognizing Kids, the Academy has not only honored us but has given us hope and inspiration to the independent film community.”

Darren Aronofsky, Black Swan: “It’s very insane. It’s beyond all our expectations. You don’t go in with expectations, especially when you are making a film that’s scary and psychological and not common. I’m really happy that the Academy is recognizing this kind of movie. It’s very exciting.”

Tom Hooper, The King’s Speech: “I am absolutely overwhelmed by the 12 Oscar nominations for The King’s Speech. I am so grateful to the Academy. I am incredibly proud of my extraordinary cast and crew. This is a day I will remember for the rest of my life.”

David Fincher, The Social Network: “I’m very grateful and humbled by the nominations for The Social Network. I’m incredibly proud of the work of my wildly talented collaborators in front of and behind the camera, all of whom gave the best of themselves and their talents in service to a film about a groundbreaking American innovation. The success of our movie belongs to many people, and this nomination is theirs to share.”

Lee Unkrich, Toy Story 3: “It’s an incredible honor to be nominated by the Academy. When we began making the first Toy Story, nearly 16 years ago, we never could have imagined the journey on which these films, and these characters, would take us. For Toy Story 3 to be recognized by the Academy as not only one of the best animated films of the year, but also as one of the ten best pictures of the year, is both humbling and overwhelming. I’m speechless; I feel like I’ve been blasted to infinity and beyond.” 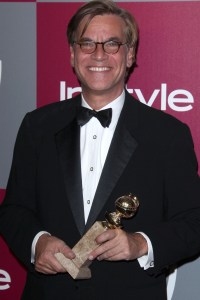 Aaron Sorkin, Adapted Screenplay, The Social Network: “I think that what resonated is that it’s not a timely story, I think what resonated is that it is a timeless story, one with themes as old as storytelling itself: of friendship and loyalty, of betrayal, power, class, jealousy. These are things that Aeschylus would have written about or Shakespeare would have written about. And it’s just lucky for me that neither of those guys were available so I got to write about it.”

Michael Arndt, Adapted Screenplay, Toy Story 3: “I’ve spent my whole life being inspired and moved by the work of the screenwriters of the Academy, so to be recognized by the Writers Branch this morning is deeply gratifying and profoundly humbling. While I wish I could hog all the credit for myself, I would have gone nowhere and done nothing without the collective brilliance of the entire creative community at Pixar, who have always maintained that ‘story comes first’ and who are crazy enough to actually believe it.”

Stuart Blumberg, Original Screenplay, The Kids Are All Right: “Try as I could to act cool and not care, as soon as I heard our names called, I started crying like a little kid. I had an immediate reaction to call Lisa [Cholodenko]. We just spoke together and cried and talked about this long journey on this movie. Pardon the cliche, but this truly is a dream come true. I want to thank the Academy for this most phenomenal honor.”

David Seidler, Original Screenplay, The King’s Speech: “Well, you just sort of sit there a little stunned at first, and slowly the realization creeps over you and it’s oh my goodness gracious. This is something I hardly dared dream about over the years and yet it seems to be coming true. I hope the alarm clock doesn’t ring and wake me up.”

Lisa Cholodenko, Original Screenplay, The Kids Are All Right: “It’s incredible to think that this morning’s Oscar nominations go back 7 years to the fateful day Stuart Blumberg and I crossed paths in a Los Angeles coffee shop and agreed to write Kids together…I only regret that Julianne Moore didn’t get the acting nomination she so richly deserved. But the Picture nomination is as much hers as ours. We couldn’t have made this film without her heart, smarts and loyalty, not to mention her outstanding performance.”