The truth behind Kelly Osbourne’s split with former fiance Luke Worrall has been spilled: The male model was fooling around with a pre-op transsexual! 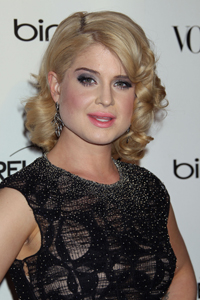 Kelly Osbourne’s on-again, off-again relationship with model Luke Worrall was looking up right around Christmastime — until she found proof he was cheating on her with a pre-op transsexual!

At the time, Kelly Osbourne wrote the following rant against her ex-fiance on Twitter:

“@Luke_worrall is the biggest piece of [expletive] he has been trying to get back w/ me I only came home for Xmas to see him meanwhile he has been [expletive] 100’s of girls as well as men behind my back all he did was use me all girls beware of @Luke_worrall he is a using [expletive]! He used me for my money and a free ride he is lucky I am not spilling the hole [sic] truth about what he did!”

Kelly didn’t have to reveal the whole truth, because Elle Schneider — born Reynaldo Gonzales — has done it for her.

Elle, a transsexual who was born male and has breast implants while undergoing hormone treatment but has not yet completed gender reassignment surgery, says Luke loved her gender-bending ways.

“I was open with Luke, I told him I was born a boy,” said Elle. “He didn’t mind — in fact it turned him on more. He told me I was beautiful. It was only when I took my clothes off that he saw I had a penis. He wasn’t fazed by it — he was very complimentary.”

“From the moment I met him he was telling me he loved me and wanted us to get married. At the same time he was professing his love to me, he was doing the same to Kelly. I think the way he has treated her is terrible. The way Luke lives his life is completely toxic.”

Elle and Kelly Osbourne have already been in touch to compare notes. “I spoke to Kelly about two days ago,” Elle said. “Every time we talk on the phone, it will be for 40 minutes to an hour. Kelly contacted me on 25 December — she had read Luke’s private messages to me on his Twitter page and wanted to let me know he had been lying to me, just like he had lied to her.”

Kelly and Luke formally split in July 2010 but were attempting a holiday reconciliation. Kelly doesn’t have much time to cry in her coffee though — the reality star was just named the new face of Madonna’s Material Girl clothing line, taking over for Taylor Momsen.