Kelly Osbourne is taking her style to a new level as the new face of Madonna’s fashion line, Material Girl. 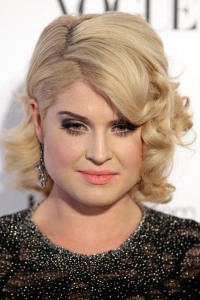 Taylor Momsen’s run as the “it” girl for Material Girl is coming to a close. Her replacement takes fabulous to a whole new level — Kelly Osbourne.

Osbourne’s own style transformation and impressive stint as co-host of E!’s Fashion Police make her the perfect choice to represent Madonna and her daughter Lourdes’ line.

“Material Girl is thrilled to confirm that Kelly Osbourne is the new face for 2011! We will be sharing all the details on this exciting new campaign in the upcoming weeks,” a rep revealed to UsMagazine.com. Material Girl went off without a hitch using Taylor Momsen as their original face of style back in the summer of 2010.

Taylor Momsen has been receiving some not-so-favorable press lately and this is just another bump in her road. Reports came in that the Gossip Girl star was suspended from the production in November due to bad behavior and in December she went after her parents in Revolver magazine, claiming her attitude is their fault. Momsen did apologize for those comments later.

What do you think of Kelly Osbourne as the new face of Material Girl? She certainly has come a long way and we can’t wait to see how the fierce fashion trendsetter shines.