Amid the accolades of Tinseltown’s awards season, the Golden Raspberry Award Foundation has called out 2010’s Worst Achievements in Film. Eclipse and The Last Airbender lead the pack of dishonored 31st Annual Razzie Awards nominees, with nine mentions each. 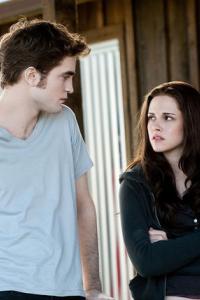 Worst Actor noms Pattinson and Lautner, who were also chosen for their work in Remember Me and Valentine’s Day, will go up against Jack Black (Gulliver’s Travels), Gerard Butler (The Bounty Hunter) and Ashton Kutcher (Killers and Valentine’s Day).

For the dishonor of Worst Actress, Stewart is up against Jennifer Aniston (The Bounty Hunter and The Switch), Miley Cyrus (The Last Song), the four “Gal Pals” (Sarah Jessica Parker, Kim Cattrall, Kristin Davis and Cynthia Nixon for Sex and the City 2) and Megan Fox (Jonah Hex).

Airbender is also up in a brand-new Razzie category, Worst Eye-Gouging Mis-Use of 3-D, along with Cats & Dogs 2: Revenge of Kitty Galore, Clash of the Titans, Nutcracker 3-D and Saw 3-D (aka Saw VII).

As for the big slam, Worst Movie, Eclipse and Airbender are up against The Bounty Hunter, Sex and the City 2 and Vampires Suck, which each show up in other categories, as well.

Last year, Sandra Bullock made news by going from getting razzed to getting an Oscar in a 24-hour period. You can find her Razzie moment, along with a host of star-studded moments from the past three decades on YouTube’s new Razzie Channel.

The 31st Annual Razzie Awards will be announced on the night before the Oscars, February 26, at the Barnsdall Gallery Theatre in Hollywood at 7:30 p.m.