You’ve seen Robert Pattinson bite necks and gaze longingly into the eyes of Kristen Stewart in the Twilight movies. You’ve seen him killed by He-Who-Must-Not-Be-Named in Harry Potter. So, what do you think about hearing him sing? Robert Pattinson is reportedly itching to play the late singer Jeff Buckley in a biopic. 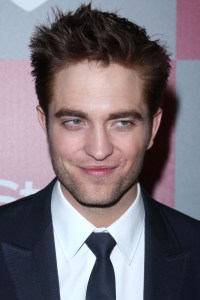 Yes, we might get a chance to hear the dulcet tones of the dreamy-eyed Robert Pattinson in the near future.

The Daily Express is reporting that Twilight star Pattinson is keen to play the late singer Jeff Buckley who tragically drowned at age 30 in 1997.

In case you were wondering, cops found no traces of drugs or alcohol in Buckley’s system. His gorgeous voice singing his rendition of Leonard Cohen’s Hallelujah is an unforgettable piece of music history, and his album Grace was featured in Rolling Stone’s 500 Greatest Albums of All Time. Bob Dylan called Buckley “one of the greatest songwriters of his decade.”

On May 29, 1997, Buckley accidentally drowned in the Wolf Harbor River in Memphis, Tennessee where he was recording new material.

A source told the paper, “Rob is obsessed with this project and is doing everything he can to land the part. He has already told his business team this is his passion and they agree it could be the film that makes him a legitimate Oscar contender.”

Michelle Sy, who is producing the film, is aware of his interest. Pattinson has written songs that, as Twilighters know, have been featured on the soundtracks for the vampire films. Pattinson’s competition? Reportedly, it’s Jared Leto, James Franco and James Marsden.

So, who would you guys like to see play the talented Jeff Buckley? Let us know below.