As Glee readies for its Super Bowl episode featuring all those Silly Love Songs, we’ve got a special exclusive treat for our readers to celebrate the closing of the show’s first half of season two.

Glee Season 2: Volume 1 arrives on home video January 25 and showcases the first half of the season that recently scored a win for best Musical or Comedy at the Golden Globes. 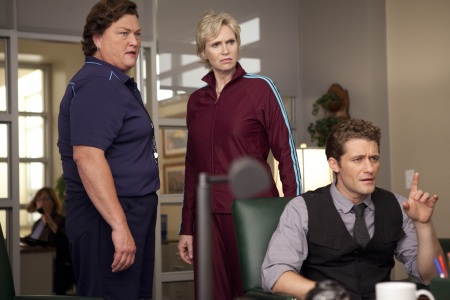 The first 10 episodes of the 2010-2011 season are in the bag and now can be enjoyed over and over, including some of the best moments in Glee history. The first 10 episodes of season two include the instant classic Britney Spears and Rocky Horror Picture Show episodes. Speaking of Rocky Horror, our exclusive clip from the Glee Season 2: Volume 1 home video features the classic hit from that iconic show, The Time Warp.

The upcoming Super Bowl episode could prove to be the hit show’s most shining moment, but until that February 6 debut, let the record-breaking songs from Glee’s second season keep you company.

Besides the Rocky Horror magic, season two also brought us inside the world of Britney-Brittany, tributing Britney Spears, and showed Glee fans the talent of one of the show’s lesser-used characters.