Former Dancing With the Stars contender Aaron Carter has checked himself into rehab. 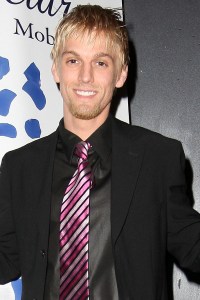 Aaron Carter famously danced his way from a boy to a man on Dancing With the Stars but now he just needs to take some time off and he’ll be taking it in rehab.

The 23-year-old brother of Backstreet Boy Nick Carter isn’t revealing which center he’ll be resting in but his manager Johnny Wright said the purpose will be “to heal some emotional and spiritual issues he was dealing with.” Apparently Aaron Carter is looking to dive back into his music but this is the first necessary step — sounds very responsible.

“He has been in Orlando working on a new album, perfecting his live show and his physical body,” Wright explained. So, for those who thought he might be entering rehab for a dark unknown reason, think again because the center is giving Carter “the guidance and cleansing he needs, which in turn will help him on the music journey he’s about to take.”

Johnny Wright added, “Aaron asks that everyone keep him in their prayers and that they respect his privacy at this time.”

Rehab doesn’t always have to be related to a twisted downfall. Good for Aaron Carter for taking some time to get himself together.

What do you think of Aaron Carter’s music revival?