The King’s Speech takes home Producer of the Year award over Golden Globe winner The Social Network. What does this mean going into the Oscars?

A mere week after The Social Network took home the top prize at the Golden Globes, The King’s Speech answered back at the Producers Guild of America Awards. The story of King George VI took home the Producer of the Year award and for those of you not familiar — let’s just say it’s a pretty big deal. 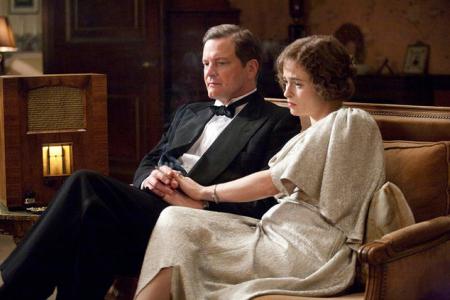 Producers Iain Canning, Emile Sherman and Gareth Unwin took home the top honor for The King’s Speech at the Producers Guild of America Awards, giving the movie a bit more momentum going into this year’s Academy Awards against The Social Network.

If you need to see the numbers to believe The King’s Speech might have just received a big boost for Oscar night, this might help. According to reports, for the last 21 years, the Producers Guild of America’s top winner has also taken home the Academy Award for Best Picture 14 times. Of those 14 times, three of them came from the past three years including last year’s The Hurt Locker.

Of course, this is all awards season buzz and who doesn’t love a few predictions as the Academy Awards close in? The Oscar nominees are set to be announced January 25 with the awards handed out on February 27.

Who do you think will take the big prize? Tell us, we want to know.