Oprah has a shocking family secret — and she will reveal it to the world on Monday! 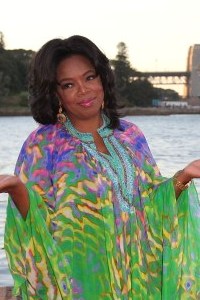 Oprah Winfrey wasn’t kidding when she said she was saving all the good stuff for her final season. The media magnate says she has a shocking, heart-stopping family secret to reveal — and she will tell the world on Monday!

“I thought I’d seen it all. But this, my friends, is the miracle of all miracles,” Winfrey said in a promo.

“I was given some news that literally shook me to my core. This time, I’m the one being reunited,” she said. “I was keeping a family secret for months, and on Monday you’re going to hear it straight from me.”

So what could the huge secret be? There are a few ideas floating around. One rather far-fetched rumor is that the baby Oprah gave birth to at 14 isn’t really dead.

Another, perhaps more likely scenario is one that Kitty Kelley set forth in her 2010 unauthorized biography of Oprah: That the man Winfrey thought was her biological father actually was not. Kelley claimed to have discovered who Oprah’s real father is, but said she was going to keep his identity a secret until Oprah discovered it for herself.

The time between Kelley’s book release and this new revelation would have given Oprah plenty of time to get the info out of Kelley and run DNA tests.

Come back to SheKnows on Monday to learn Oprah’s shocking family secret!