Beloved movie critic Roger Ebert’s bravery in allowing cameras to photograph him post-cancer is well known. Despite his disfigurement, he’s continued to have a positive attitude. Now Ebert is getting a brand new prosthetic jaw, allowing him to return to television with the new At the Movies. 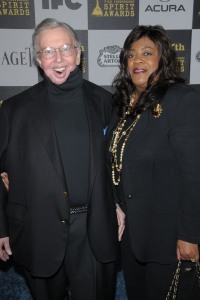 Roger Ebert’s battle with thyroid cancer is well known. Not only has he been incredibly forthcoming about his illness, he’s let the public see his face after his lower jaw was removed. He’s shown amazing courage and a continually positive attitude that has inspired millions.

We are about to see the next chapter in Ebert’s recovery.

He’s now wearing a prosthetic jaw made of silicone, which will allow him to not only speak, but return to television for his new show.

Ebert began his career in journalism in 1967, writing for the Chicago Sun-Times and appeared on television with the late Gene Siskel. He’s written several books, won a Pulitzer Prize and continues to be incredibly active on the Internet.

Ebert’s new jaw was created by a University of Illinois-Chicago medical team. The unit is placed over his lower face and upper neck and colored to match the tone of his skin. This will allow him to be a part of his new show, Ebert Presents At the Movies. Though the bulk of the show will be helmed by AP critics Christy Lemire and Ignatiy Vishnevetsky, Ebert will contribute a weekly segment called “Roger’s Office.” 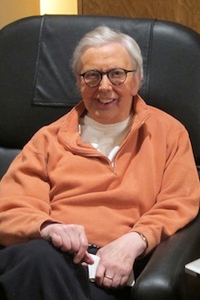 Ebert broke the news on his blog last night, discussing the “two-year process that has now resulted with my coming into possession of a silicone prosthesis.”

He explained, “I will wear the prosthesis on the new television show. That’s not to fool anyone, because my appearance is widely known. It will be used in a medium shot of me working in my office, and will be a pleasant reminder of the person I was for 64 years. Symbolically, it’s as if my illness never happened and, hey, here I still am, on the show with these new kids. When people see the ‘Roger’s Office’ segment, they’ll notice my voice more than my appearance.”

Ebert is a true survivor. It will be wonderful to see him back on television. His show premieres today on public television stations nationwide.