Ashton Kutcher has appeared in quite a few romantic comedies over the years, but surprisingly, his co-star in the rom-com No Strings Attached, Natalie Portman, is appearing in her first. Kutcher and Portman recently sat down to talk about No Strings Attached, as well as the swelling Oscar buzz for Portman for her stunning turn in Black Swan and Kutcher goes out on a limb and tells us why sex education is as important as math and science to the development of young women.

In No Strings Attached, Natalie Portman and Ashton Kutcher play friends who enjoy sex without any of the emotional commitment. No Strings Attached asks the When Harry Met Sally-type question, “Can men and women be friends,” with a twist. Whereas Harry and Sally only hooked up towards the end of that film, here Portman and Kutcher start off with an intimate relationship and try to stay friends through it. 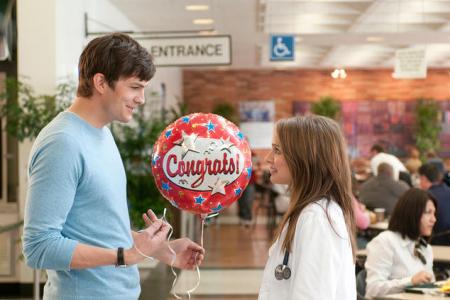 It’s a modern take on the relationship drama. No Strings Attached also features Portman as an executive producer. Portman also chimes in on her new role as a film producer as well as her newest role as mother-to-be.

SheKnows: Natalie, how are you handling all the Oscar speculation? Are you enjoying every moment? What has been the best moment for you so far?

Natalie Portman: I think the best experience so far is that we got to do a roundtable with all the actresses. And it’s so rare to get to sit with other actresses of all generations — people who are just starting out, people who have been doing it for thirty years, and to hear everyone’s experience and hear what it’s like for people to be mothers and actresses. I was like, “If I could just get this experience, it’s like the best prize for anything just to get to hang out with these other women I admire.” It’s a big honor to have people be excited about a movie you make. It’s the one thing you want, for an audience to connect to what you make, so it’s always really exciting to have that feeling. 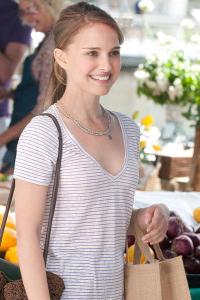 SheKnows: Natalie, with Black Swan, if you throw in your upcoming movies Your Highness and Thor, this is a pretty eclectic several months for you. Was that by design or by accident?

Natalie Portman: Well, you have heard the apocalypse is coming in 2012 on the Mayan calendar [laughs]. I thought I’d get it all in before. It was a great opportunity to get to do a lot of different things in a year. I feel like I’ve learned so much from doing all these different types of movies. You bring the research, the seriousness and the discipline of doing a drama into something like Thor. You bring the humor and the improvisational attitude for something like Your Highness into Black Swan. It was really a lucky order to do Your Highness and then Black Swan and then Thor and then No Strings.

SheKnows: Natalie, you are also an executive producer on this film. How do you balance that with starring in the movie?

Natalie Portman: It’s a really exciting process to get to be involved for the first time so early. I came on a couple of years before the project got going. It was fun to be included in the evolution of the script and seeing how it changed and why it changed, and to have Ivan’s [Reitman, director] expertise of pacing.

SheKnows: Ashton, the lead characters in the film are friends first before hooking up. Do you think that friendship can survive sex without feeling? 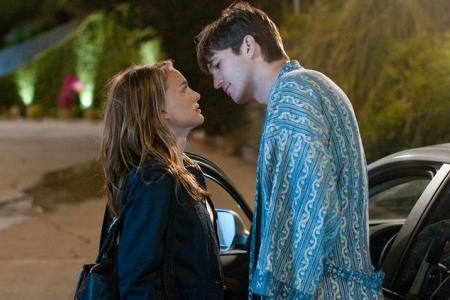 Ashton Kutcher: I wouldn’t know. I haven’t been fortunate enough to have one of those relationships. You know, I really think that whoever you’re with ultimately needs to be your friend. In all the really successful, happy relationships that I know, the people that are together are friends anyway. I don’t know that sex always has to have feelings, but I know that friendship always does. So if you’re friends, you’re going to have feelings of some sort, some layer, and some level of like a deeper feeling. So I don’t know that it’s completely possible.

SheKnows: What’s the most romantic thing you’ve ever done for someone?

Ashton Kutcher: I think that romance sort of coincides with effort. You can fall flat on your face, but as long as you’re making great effort, I think it comes off as romantic. So it can be something as simple as, if you’re someone who doesn’t cook, you make a meal. For me, I’m a little bit of a workaholic, and I was in a different country. I had one day off and I flew from that different country just to see someone for an hour. And then turn around, and go back.

SheKnows: Ashton, this is Natalie’s first rom-com. Did you do anything to put her more at ease or just tease her mercilessly?

Ashton Kutcher: She may not have done a rom-com film before, but she’s done so much work in so many different levels. I even watched Garden State or something like that, and it’s comedic in and of itself. I don’t know that there’s anything I can really teach her. I learned more from Natalie in one day on the set together than I could ever possibly teach her in a billion years.

SheKnows: Did Ashton tease you at all?

Natalie Portman: Tease me? [Turns to Ashton] You always tease me. He’s like, “Are you wearing flats again?” [laughs]. 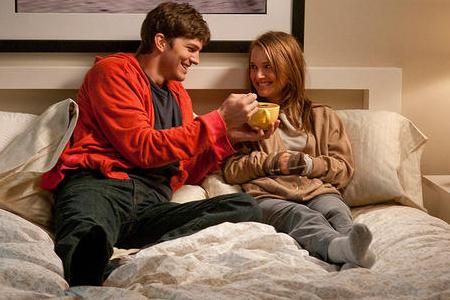 Ashton Kutcher: It was mostly height jokes [laughs]. That didn’t go over particularly well. She would get very upset with me.

Natalie Portman: From Black Swan to no Strings

SheKnows: Natalie, how did you make a quick turnaround for this film after Black Swan and the intense training?

Natalie Portman: It was like a palate cleanser after all of that to go from a really disciplined, focused, very serious kind of set to be really playful, fun — but still very professional on this kind of movie. It was a really great atmosphere and I didn’t have to work out. She’s a doctor! They don’t have time [laughs].

SheKnows: Thanks for advocating safe sex in your movie. Can you comment about how sex in films is being glorified lately and how that might affect teens?

Ashton Kutcher: Even though she’s small.

Natalie Portman: Obviously, sex is really prevalent in our country. I think that’s part of what the movie addresses. We have so much separation between feeling, the emotional and physical side of sex. They really do belong together. We have so much sex in our media that is dissociated from emotions.

Ashton Kutcher: One of the interesting things — especially for women — in the sex education process in schools is the one thing they teach about is how to get pregnant and how to not get pregnant. They don’t really talk about sex as a point of pleasure for women. Women aren’t empowered around their own sexuality. So, to create a movie with a female lead who is empowered with her own sexuality, I think is a really, really powerful thing.

No Strings Attached: It’s getting hot in here

SheKnows: The first onscreen hook-up, was it awkward? 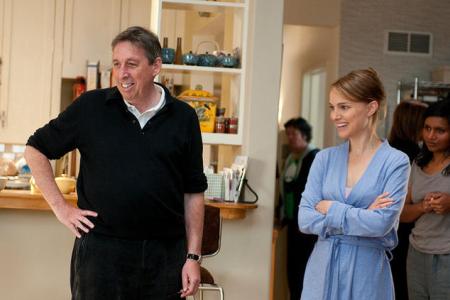 Natalie Portman: The main thing was that I think we did the scene pretty deep into the shoot, so we had already had a comfortable sort of [relationship], as comfortable as you can be in that scenario and had respect.

Natalie Portman: I was not [laughs].

Ashton Kutcher: [Laughing] I think you’re always wondering when the word “cut” is going to be said when you’re doing these scenes. It was sort of technical, too. I’m sure every actor says that it’s always very technical, because you’re trying to show each other’s faces but stay in the moment. It’s always slightly more complicated than it is in real life.

SheKnows: How does one even wrap your head around a scene like that?

Ashton Kutcher: I just start by apologizing. You sort of try to set some ground rules. Somebody told me and I’m not sure who the actor was, I think it was like Sir Laurence Olivier who said, “I apologize if I get aroused and I apologize if I do not get aroused.”

Ashton Kutcher: There’s always like that kind of awkward state of “Is this okay? Is that okay?” And then in between takes, it’s like, “Let’s just act like nothing happened.” Then you see how good an actor you really are [laughs].

SheKnows: What’s coming up for each of you?

Ashton Kutcher: I’m getting ready to reunite with Garry Marshall on a New Year’s Eve project that’s not a sequel but somewhat of a follow-up to the Valentine’s Day movie we did.