While their reps say everything is hunky-dory between co-parenting exes Halle Berry and Gabriel Aubry, sources close to the couple say nothing could be further from the truth. 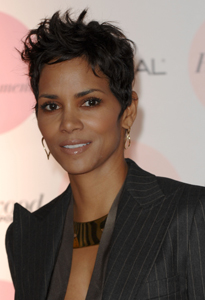 Gabriel Aubry recently filed for legal custody of his two-year-old daughter with Academy Award-winning actress Halle Berry, and reps for both deny that there is any ugliness that brought on such an action. So why did it happen now, after the pair had been separated for months and were supposedly handling visitation just fine without the courts getting involved?

Sources say it’s because things are not as hunky-dory as Halle’s reps would have us believe.

An insider — obviously a friend of Aubry’s — said the situation has deteriorated so badly that the model felt forced to go the legal route.

“Basically whenever Gabriel doesn’t do exactly what Halle tells him to do, or if he does something she doesn’t approve of or like, she goes crazy on him, screaming and shouting,” the source told RadarOnline.

“Contrary to public perception Halle has a particularly nasty temper, and she can be really controlling and vindictive. I’ve been with him when he’s gotten these insane calls from Halle — with her screaming at him and going crazy, when the poor guy hasn’t done anything!”

Without naming names, the source basically said that Berry lost her marbles when Aubry was spotted out on the town with Kim Kardashian. “Halle was absolutely furious and had a complete melt-down. She basically gave him an ultimatum — to choose between dating other women and carrying on being on her good side.”

“She was particularly angry that he had been so public, even going to a Lakers game one time, and she totally berated him, basically telling him that if he has to date, just date a nobody waitress that nobody will care about.”

Believe it or don’t, but the fact that Aubry finally decided to get legal speaks volumes. We know this much is true, though: Halle Berry looked bangin’ at the Golden Globes.