There’s going to be a whole lot of California dreaming going on this summer because Katy Perry has announced the dates for the North American part of the California Dreams world tour. 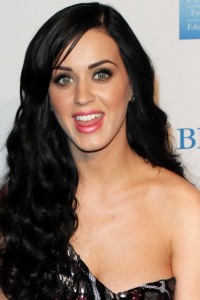 Katy Perry is bringing the California Dreams world tour to North America and it begins just in time for some summer fun. We can feel the beach balls and bikini tops now.

Perry is going all-out for the 41-city tour which will launch on June 7 in the dirty South — Atlanta. Hotlanta is sure to give Perry a warm summer welcome. She’s even preparing to treat her hometown fans of Santa Barbara, California to two show-stopping performances.

The California Dreams tour itself officially kicks off on February 20, all the way in Lisbon, Portugal. She’ll be visiting much of Europe, Australia and Japan before she finally stops to give American fans the show of their life. It’s Katy Perry, come on.

The fresh young star isn’t just preparing to become a touring machine. Katy Perry is also getting set to take the Grammy Awards stage on February 13 for a special performance where she is nominated for four awards.

Are you excited for a Katy Perry North American tour? We know we are. Check back with SheKnows for more on Katy Perry and our take on what we know will be a great night for her at the Grammys.