The Gay & Lesbian Alliance Against Defamation revealed its top nominees for the 2011 GLAAD Media Awards and everyone’s favorites showed up on the list — Glee and Modern Family.

Awards season isn’t over yet, in fact it’s just beginning. GLAAD rolled out its list of nominees for the 22nd Annual GLAAD Media Awards and as always, they had a deserving group. 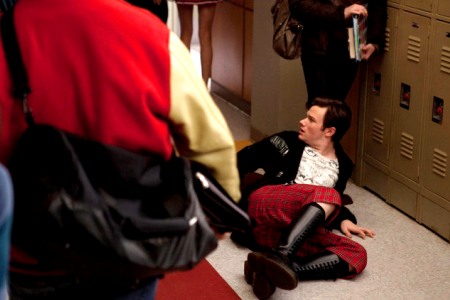 TV nods for the GLAAD Media Awards included Glee, Modern Family, Grey’s Anatomy and True Blood. Project Runway and Top Chef: Just Desserts whipped up some nominations of their own in the reality category, while The Oprah Winfrey Show was nominated for the first TV interview given by Ricky Martin after coming out as a gay man.

GLAAD went to the movies to add a few nominees to the list, including The Kids Are All Right, Burlesque, Easy A and Scott Pilgrim vs. the World. Scissor Sisters, Chely Wright and Antony and the Johnsons were just a few names representing for the world of music.

GLAAD president Jarrett Barrios couldn’t be prouder of this year’s contenders. “This year’s nominees represent some of the images and stories at the root of the growing acceptance of our community and support for our equality,” Barrios said to Access Hollywood. “They also have created a benchmark for inclusion of our community that other media outlets should look to. As GLAAD celebrates twenty-five years of working with the media, we are proud to recognize this year’s nominees and we challenge the industry to share more stories that reflect the diversity of our community and the challenges that gay and transgender people face.”

The GLAAD Media Awards will be held in three locations: New York on March 19, Los Angeles on April 16 and San Francisco on May 14.