Jon Gosselin has retired from the reality show gig and has gotten himself a regular nine-to-five job. 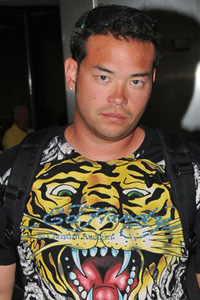 Even though Kate Gosselin pulls in a reported $250,000 per episode of Kate Plus 8, her ex-husband Jon Gosselin has found a “regular” job in sales and marketing, reports Life & Style.

Gosselin had said he was tired of having his life filmed for TLC. “I wish I had a nine to five job instead of the nightmare I’m living. This is 24-7,” he told Usmagazine.com. “I don’t even want to do taping for the show anymore.”

He has also been trying to block his eight children from appearing in the TLC reality show, saying it has caused behavioral issues. “Each of them has experienced negative effects of having their lives so public. Some are struggling with emotional and-or behavioral issues,” he said in a tweet.

“Jon’s working for Global Green Property Services,” a source told the magazine. “He’s doing sales marketing, which means he goes out to companies or cold-calls them and tries to get them to use Global Green. It’s a modest job — he doesn’t get a huge salary.”

Unlike Kate, the insider says that Jon doesn’t “long for fame at all.”

“He’s much more content blending in and being able to live his life without the world watching,” the source said.

Read on for more Jon and Kate news