Bachelor Brad Womack may seem straight as an arrow, but the Texan has a rap sheet. 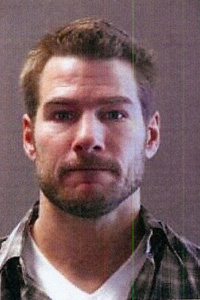 The Bachelor Brad Womack can join the long lineup of celebrity mug shots. The 38-year-old Texan was arrested in 1993 for carrying a forged driver’s license. He was also arrested for passing a bad check and public intoxication.

All in all, nothing too bad — at least nothing that would offset the women vying for his heart on the latest season of The Bachelor. Womack was not yet of legal drinking age in 1993, so the forged driver’s license could have been a fake ID to buy alcohol or to get into bars (which is ironic because he now owns a bar in Texas).

ABC execs may have missed his “criminal past” (or didn’t think it was serious enough) because his name was listed as Stephen Bradley Pickelsimer, after his step-father Charles Pickelsimer.

Brad Womack is back on The Bachelor to find “true love” after turning down DeAnna Pappas and Jenni Croft in 2007.

He reportedly has found the right woman in this season of The Bachelor and we wonder if he has filled her in on his past. “She knows exactly the type of guy I am,” Womack told Us magazine. “What we have is very real, very strong.”

Check out Womack’s mug shot which is on record with the Texas Department of Public Safety in Austin, Texas.

Read on for More on The Bachelor