American Idol judge Steven Tyler has a nice ring to it. Then again, does Tyler need any more titles? As lead singer of one of the most important bands in rock n’ roll history, Aerosmith, Steven Tyler has lived, almost died, rocked, been rich and broke — and back again. 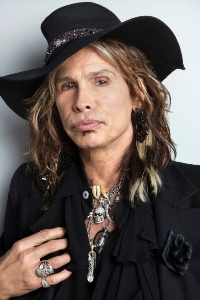 Steven Tyler has joined Jennifer Lopez and Randy Jackson on the judging panel for the new season of American Idol, premiering January 19 at 8 p.m. on Fox. Tyler phoned to discuss what it means to him professionally to be a part of the pop culture icon American Idol, the latest on his band Aerosmith (hint: new tour!) and what the rock legend looks to bring to the highest rated show on American television.

Tyler brings his Boston bad-ass self to the American Idol juggernaut and a history that is the stuff of legend.

Aerosmith famously shot out of the early 1970s rock scene with iconic hits Dream On, Walk this Way, Back in the Saddle and rock classics such as Mama Kin. With success came trouble as the band fell into drugs, alcohol and everything excess.

The band arose like a phoenix from almost destruction in the mid-eighties by enthralling a music video generation with richly composed songs coupled with compelling music videos. From Dude Looks Like a Lady, Janie’s Got a Gun, the Alicia Silverstone trilogy Crying, Crazy and Amazing to Pink, Aerosmith and Steven Tyler were back with a vengeance and would never go away.

It’s 2011 and Aerosmith is writing new songs and their lead singer has landed on the biggest platform in music, the American Idol judging table, ready to lead himself and his band into the new millennium.

SheKnows: Did you have any concerns joining the show and finding your own identity as a judge?

Steven Tyler: None whatsoever. I have such an identity with this band, for all the videos I’ve done, I figured I’d be a shoe-in. The part that’s a little difficult is judging young kids that I think they all have voices but actually being honest and open is hard. So it took me a couple of minutes to get into the role of that. But, I’ve grown accustomed to it and it’s fun. And, I get to sit next to J Lo! It’s been good. I don’t judge anybody. I don’t take whatever happened to me this morning, or with the band, or with exes — I don’t take that onto the show like some people before might have. I just take what I’ve grown up with, which is being a very harsh judge of myself, my own vocals, my own band, and laid that across the talent that comes across me. 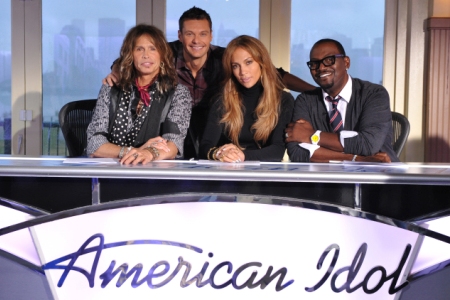 SheKnows: What is going on with Aerosmith? What will the show mean to the band?

Steven Tyler: We’ve been writing. Joe’s (Perry) got some licks. I’ve got a bunch of songs I’ve written for solo and-or Aerosmith. Next Saturday, the guys are coming out to LA. I will be in LA with the American Idol premiere Wednesday night. So, on Saturday we’re in a writing session with the band. We’re already booked for a tour in November and December — South America and Japan. You know, what you hear in the press about Aerosmith getting in the way of American Idol, it just isn’t so.

SheKnows: What do you think you bring to American Idol, and what does the show do for you?

Steven Tyler: I’m just a judge. I’m not going in there to be a harsh or an overly bearing judge. I’m just bringing my Italian, I know how to work a room energy, honesty and 40 years as the front guy in Aerosmith who’s judged the hell out of himself and made a pretty good career out of it in the process. I have hopes to find some kids for American Idol to take the stage. No more, no less.

SheKnows: What do you think of your other judges? 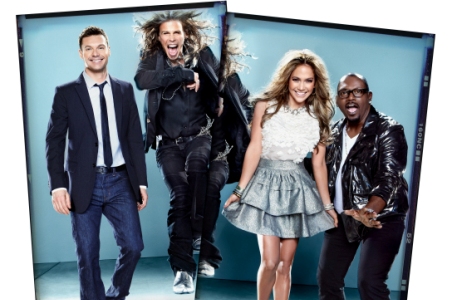 Steven Tyler: I get along with Randy so well and J Lo, J Lo’s a fox! She’s so street. She’s also got a very big heart. We’ve seen a lot of people this year and we’ve got our top 40. So we’re ready to go!

SheKnows: Like you said, you’re not trying to be the “mean” judge, but did you ever say anything that you regretted right after so far this season?

Steven Tyler: Yeah, I made some harsh comments the first week. And they snapped back saying, “What do you mean?” I only did two of those [laughs] because I did not want that to happen again. I could not ever say you were no good without substantiating why. Those first two times they asked me why, and I couldn’t tell them why. I didn’t have the chutzpah to tell them that. I hadn’t ever watched the show and I wasn’t really versed in that type of judging. I have three daughters, so it’s hard for me.

SheKnows: Your past…there’s a lot there. Do you have any regrets? Any at all… 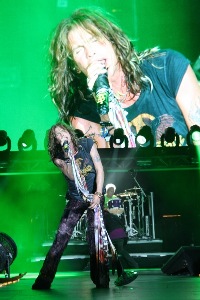 Steven Tyler: You know what, I’ve got no regrets. Everything that came my way has cut me into what I am today. What I am today is a grateful, recovering drug addict-alcoholic. I’m not without my faults and my marks and my scars. I’m proud of them. I show people them. I have for 40 years. That’s why they love my music, I have no regrets.

SheKnows: If there’s one thing you could leave us with about this year’s American Idol, what would it be?

SheKnows: Finally, you ready for the American Idol premiere?

Steven Tyler: My life will never be the same after this show. I’m always ready to take it up a notch.