Melissa Etheridge is dating Nurse Jackie creator Linda Wallem — but ex Tammy Lynn says the relationship started when they were still together. 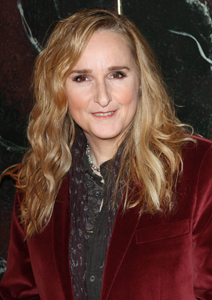 One of Melissa’s pals told People, “Melissa and Linda have been best friends for over ten years. They got together three months after Melissa and Tammy broke up.”

The friends were so close that Wallem stood up for Etheridge at her wedding to Tammy.

But, according to Tammy, the truth is much more sordid. In fact, the woman scorned says Melissa and Linda began their relationship before the couple split, that Melissa was cheating, and that she found out when a box of sex toys was mistakenly delivered to her instead of Melissa’s new gal pal!

In her blog, Tammy writes:

she said it would help

i didn’t know there was someone moving in

as i was moving out…

‘i have your new dicks on my kitchen counter?’

…one never even said one was breaking up with me

…you already have someone in the wings.”

Tammy goes on to say that in addition to the box of vibrators giving her a clue, one of their kids told her that Melissa and Linda were having adult time together. “…they should have shut the bedroom door,” she wrote.

read on for more melissa etheridge