Music industry veteran Don Kirshner passed away on Monday from heart failure. You might not know his name, but he had a hand in helping the careers of everyone from Gladys Knight to The Monkees. 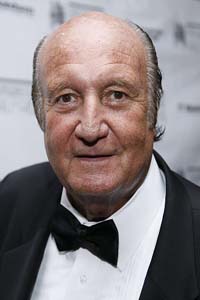 Legendary music man Don Kirshner passed away in a Florida hospital from heart failure on Monday. He was 76.

Born in The Bronx, Kirshner was famous for his ability to hear a note and know whether or not it was on key.

“I can hear a kid hit a note and I know whether he has it or not,” Kirshner once remarked in a Time interview.

He produced hits for a number of well-known musicians of the 1960’s, including Gladys Knight, Carole King and Barry Mann. However, he’s probably best known for the “other” 60’s boy band he created: The Monkees. He worked with the group for two years before parting ways over money disputes.

After The Monkees, Kirshner went on to create The Archies – best known for their hit Sugar, Sugar – as well as Don Kirshner’s Rock Concert during the 70’s. The show, a weekly live music program, boasted acts like The Rolling Stones and is widely considered as one of the inspirations for Saturday Night Live.

Kirshner is survived by his wife of 50 years, Sheila, and their two songs Ricky and Daryn.