Olivia Wilde is looking to make a difference and do it in a manner that helps those in need exponentially.

Wilde, the star of Tron: Legacy and the upcoming Cowboys and Aliens, attended the CES show in Las Vegas and partnered with Blackberry to help bring communication technological advances to those global citizens in need. Wilde is already a founding member of Artists for Peace and Justice, a non-profit that has been working in Haiti to help its people long before the devastating 7.0 earthquake struck that country on January 12, 2010. 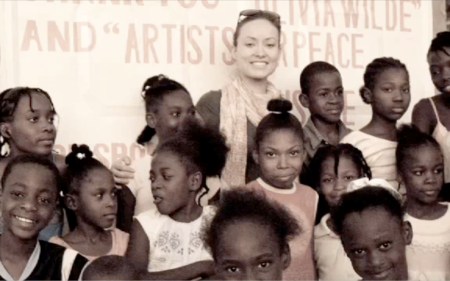 By using Blackberrys and other communication devices such as that, Wilde has hopes that the rights that we enjoy here in the United States are more accessible through instant messaging and the like. She sites the uprising in Iran as an example of how technology can foster democracy.

Olivia Wilde was proud to announce the opening of several schools that Artists for Peace and Justice have opened since the earthquake and speaks exclusively to SheKnows about how her organization is making a difference in people’s lives by providing the priceless commodity of education and access to life-changing technology.

SheKnows: Olivia, what brought you to the Consumer Electronics Show in Las Vegas and how do you think technology can help people across the globe?

Olivia Wilde: Well, the amazing thing about electronics is what they’ve been able to provide for people in the developing world in the last couple of years. Just MSN Messaging has allowed people in third world countries to have more control of their finances, be able to communicate globally, be able to organize politically. When you think of something like Twitter, which was used to organize a million people overnight in Iran, that kind of power only comes from these devices which provide power to individuals which wouldn’t necessarily have that power before. I think that’s the revolution in technology and why it interests me. When it comes to creating movements with young people, there’s nothing better than the use of technology and social networking. I’m really interested in that, the power that it has for what I’m interested in with my organization, Artists for Peace and Justice. 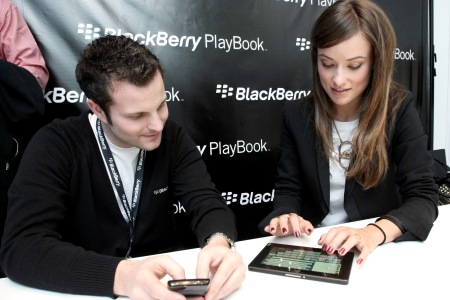 SheKnows: I know a lot about the work that you’ve done, especially with Haiti. Not a lot of young people get involved altruistically as early as you. What was it that brought that home that you needed to get involved now?

Olivia Wilde: Well, I come from a family of social activists who were on my radar and I was raised with a sense of responsibility to the world. I was probably exposed to things that other young people weren’t exposed to. My parents are journalists. I remember being nine years old and my mom doing a piece on the famine in Somalia and learning a little bit about what was going on with the kids in Somalia. I became a bit more aware of what was lacking in different parts of the world and what was needed to be done to fix that — to fix the injustices of the world. And also I did a lot of volunteering as a kid and I was always really interested in that part of my life.

SheKnows: You’ve had quite a successful last couple of years; does that further encourage your giving back?

Olivia Wilde: I have been so lucky to live my dream, be an actor. I’ve been even more inspired to give back in the ways that I can. The most exciting and satisfying thing is when you can actually be effective, when you don’t just write a check. I like to be on the ground and be helpful in person and be able to have personal connections with the people you’re helping. That has been amazing for me. 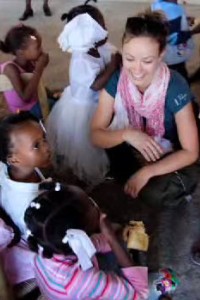 SheKnows: Tell me about your work with Artists for Peace and Justice.

Olivia Wilde: I think what interested me in Artists for Peace and Justice is the way that we created it organically. It was just a bunch of people who are artists in the entertainment industry who were very inspired to work in Haiti. What inspired our APJ work in Haiti was because we met a person who had been working there for 25 years who had a locally run organization that was making a huge positive difference. So I was involved from the beginning in the conception of this group and it’s been amazing because we have been in Haiti since long before the earthquake and of course afterwards. We’ve been able to build infrastructure. It’s not just lending your name to an advisory board. It’s people who have actually traveled to Haiti, worked with our students in our schools and who have a personal connection.

SheKnows: Right before the Haiti earthquake, you were on the ground in that country trying to make a difference. Now that the earthquake is off the front page, what still needs to be done in Haiti?

Olivia Wilde: A couple things for Haiti would be infrastructure investment. Before the earthquake, there was 80-percent unemployment. There’s a lot of labor there. I think companies should invest and take it seriously as the possibility for global infrastructure. I also think, my personal belief, is that education is the most effective way out of poverty. To educate the Haitian people is the most effective way to help them. And that’s what we do in the APJ. But there are several things that people in Haiti need. There are 1.3 million people still living in tents. A lot of the medical help that arrived after the earthquake is now gone and since this cholera epidemic hit, they need just as many volunteers as they did after the earthquake. Because it’s not a popular cause these days, those volunteers aren’t arriving. I think just keeping it in the awareness of the public and allowing people to understand it’s not a quick fix is terribly important.

SheKnows: Has the American government fulfilled all its post-earthquake promises?

Olivia Wilde: No and we have to hold our government accountable for their promises to Haiti. Not one dollar that was promised to Haiti has actually arrived. That’s something that we need to pressure our government to follow through on. It’s just got to stay in the common consciousness. People need to take responsibility for a country that’s one hour from our shores and is in deep, deep, deep poverty and was long before this catastrophe.

SheKnows: Is there hope for Haiti, in your opinion?

Olivia Wilde: I just also try to paint an optimistic future for Haiti, and a picture for people to understand that it’s not all gloom and doom. These are incredible people. It’s a very beautiful place. We can’t allow it to be written off as a disaster zone. We need to invest in it. There was an outpouring of generosity and love and support after this earthquake. I feel most of that has drained away. But, if we can maintain a lot of that sense of responsibility that people had after that event, that’s good. That’s something that will have a lasting effect on this country that’s been downtrodden for a hundred years.

SheKnows: You mentioned having a lasting effect. You said earlier that education is obviously the key to long-term growth for any culture. Could you speak a bit about the schools you’re building in Haiti and the personal gratification you get from the lives you are changing?

Olivia Wilde: The most exciting thing is that we just have finished a secondary school which is the first secondary school of its kind for the poor in the slums of Port-au-Prince. These are kids who have no other way of continuing their education beyond sixth grade if they were lucky enough to make it to sixth grade. The incredible thing is watching these students show up to class from tent camps, sit at desks which are built there on site and study incredibly hard amidst poverty, cholera and the aftermath of the earthquake. They are thrilled to be there to learn. That desire to learn amidst that chaos is what inspires me, walking into these classrooms and seeing them there despite all the difficulties that they have to live with — just the idea of living in a tent, in a refugee camp. These camps are really pretty terrible. There’s a lot of violence, alcoholism, all sorts of terrible things in these camps. These aren’t people who are used to living in that state of poverty. Most of the people living in the camps are actually the middle class. These people are not accustomed to living in poverty. They have no experience with living without any creature comforts including water, electricity and food. Yet these kids are showing up in our school and they’re thrilled to be there and they know that’s their chance to thrive. So that’s what inspires me, that’s why we keep working so hard.