The BAFTA nominations are out and guess who is leading the pack — The King’s Speech, with a whopping fourteen. But will it be a virtual shut-out like it was at the Critics’ Choice Awards and the Golden Globes?

The BAFTA nominations have just been announced in London and The King’s Speech is leading the pack with fourteen. Despite worries that the Queen might not like the portrayal of her parents and her uncle, this beautiful story was recognized for everything from Best Film to Cinematography, Costume Design, Editing, Make Up & Hair, Original Music, Original Screenplay, Production Design, Sound and Outstanding British Film. 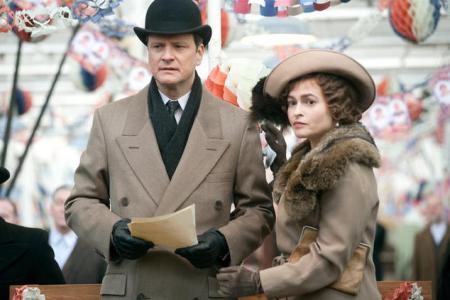 That BAFTA nominated this film about a British king is hardly surprising, but it’s a gorgeous piece of work. Oh, you haven’t seen it? No one seems to have caught it in theaters. It’s a quiet film, beautifully acted and stunningly shot. But while quiet films are often nominated, they rarely win. We saw this at the Critics’ Choice Awards and the Golden Globes, where the film didn’t take the top spot, although Colin Firth was the winner for Best Actor. Let’s be honest. It isn’t flashy enough. Go see it and see if you agree with the earlier awards. I don’t.

Black Swan grabbed twelve nominations, including Best Film, Best Director, Best Original Screenplay, Best Leading Actress for Natalie Portman and…surprise, Barbara Hershey instead of Mila Kunis for Best Supporting Actress! Well deserved. The Social Network, the darling of the other awards, was recognized here too, along with 127 Hours and True Grit, which was completely shut out of the Golden Globes. One surprising omission was Rabbit Hole and Nicole Kidman’s touching performance as a grieving mother.