Forget Jennifer Lopez’s new gig as a judge on American Idol. Lopez has a new single out, On the Floor! Isn’t it nice to talk about her in regards to something other than her husband, her spawn and what dress she’s wearing? Welcome back, Jen! 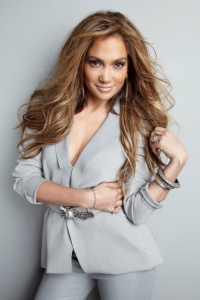 She’s one of the new judges of a little show called American Idol. Maybe you’ve heard of it? And of course we want to hear what you think about how she’s doing in the comments section.

But today we’ve got other Jennifer Lopez news. No, it’s not about the “Jenny from the block” joke from the Golden Globes. The talented lady has released the new version of her single On the Floor to RyanSeacrest.com.

An unfinished version of the song was leaked earlier…seriously, can anyone keep anything under wraps?

Maybe the powers that be should have a little talk with Nicole Kidman and husband Keith Urban about how to keep secrets. (They managed to keep the little matter of a surrogate and a new baby from everyone! I think they hired magic elves.)

On the Floor is definitely club material, featuring rap by Miami’s Pitbull and produced by Red One. He’s done work for the meat dress-wearing Lady Gaga.

There is no drop date for the album yet, but we should be hearing more soon. Have you listened to the single yet? Check it out and let us know what you think.