The Social Network has taken Best Picture Drama at the 2011 Golden Globes. Does that necessarily make it or other Golden Globe winners, such as Natalie Portman, Colin Firth or Christian Bale, a favorite to win at this year’s Academy Awards? Yes and no. 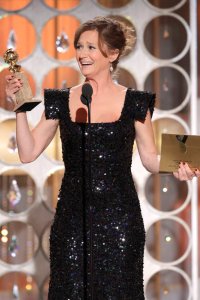 But as this awards season has gone, true favorites in every category have been quick to emerge. The acting categories are no different than Social Network in its awards season sweep.

Natalie Portman, winner of Best Actress for her work in Black Swan, is certainly a favorite to win Best Actress. Colin Firth, winner for Best Actor for The King’s Speech is as much of a lock for a Best Actor Oscar as there comes. As for Best Supporting Actor Golden Globe victor Christian Bale, expect the same thing for The Fighter star — victory come Oscar night.

But, where the Oscars and Golden Globes differ is that the Globes break movies into the Comedy-Musical and Drama categories for both Best Picture and the lead acting nods and the Academy does not. Therefore, Golden Globe winner Annette Bening being added to the mix in one Best Actress category may split votes.

We say “may” because it is highly unlikely that there is anything stopping Natalie Portman from winning Oscar gold. 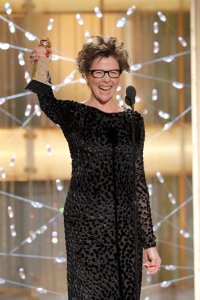 Now Best Supporting Actress is where it gets interesting.

The Golden Globes awarded Melissa Leo for her searing performance in The Fighter. Her co-star, the always incredible Amy Adams, also was nominated in the same category. Look for these two to duke it out for the Academy Award.

Yet, look for the Supporting Actress category to be quite crowded in 2011 as Adams and Leo will certainly be joined by The Kids Are All Right scene-stealer Julianne Moore.

The moral of the story is that the Golden Globes do affect Oscar voting but not in the way you would think. It’s all about momentum. Whether it’s the upcoming Screen Actors Guild Awards or the Academy Awards, when you start to see a pattern as award season fans have noticed this year, the “locks” begin to show themselves.

Overall, the Golden Globes victories are merely spokes in a larger wheel.