Britney Spears has debuted her first single from her highly anticipated new album and to say Hold It Against Me is hot is an understatement. 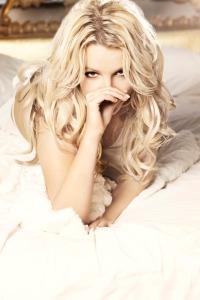 Britney Spears has done it again! Spears, whose last album Circus was a dance floor nirvana of an album, looks like she is picking up where she left off with the insanely catchy Hold It Against Me. We’ve got the Spears track and are curious what you all think of Britney’s latest!

Hold It Against Me is produced by Spears’ long-time collaborators, Dr. Luke and Max Martin. As soon as the song premiered, it went right to the top of the charts. It currently is also the top downloaded track on iTunes.

Britney Spears’ seventh album is due in March on Jive Records and as of yet, does not have a name. We think the CD should be called Triumph.

After everything Britney Spears has gone through, it is incredible to see her work her way back to the top of the pop charts. Her last album’s title was perfect as it was reflective of that time in her life when things were a little more three-ring Circus. After a triumphant tour, finding love again and regaining visitation with her children, Spears is back and better than ever.

Check out Hold It Against Me below!

Britney Spears Hold It Against Me