Owen Wilson is a proud father of a baby boy after his girlfriend Jade Duell gave birth. 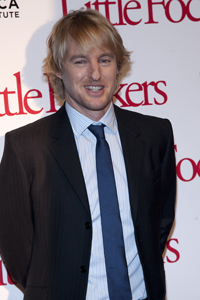 Owen Wilson became a first-time dad on Friday when his girlfriend gave birth to their son in Hawaii.

The baby, whose name has not yet been released, came into the world at 10:47 a.m. local time after 18 hours of labor.

“Owen has been doing a celebratory hula dance all afternoon! It’s a beautiful boy and everyone is incredibly happy!”

The news of Duell’s pregnancy broke less than a week before the birth, but her parents had more time to prepare than the rest of us — they were by her side when the baby was born.

“The family is thrilled,” Duell’s uncle said. “We all love Jade, she is an amazing girl.”

Wilson, 42, has previously dated Sheryl Crow and Kate Hudson, who is expecting another little one herself.

read on for more owen wilson