CBS says they have a “high level of concern” for the well-being of Charlie Sheen, but he hasn’t screwed up enough professionally for them to do anything about it. 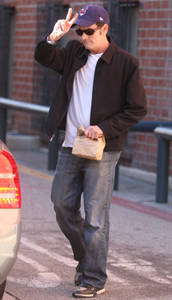 Charlie Sheen has some huge personal problems — but as far as CBS is concerned, as long as he keeps showing up for work for Two and a Half Men, they won’t do anything about it.

At the Television Critics Association confab, CBS Entertainment President Nina Tassler basically said it sucks, but oh well. “We have a high level of concern. How could we not? On a very basic human level, there is concern of course. This man is a father. He has a family,” Tassler said.

But — and there’s always a but when it comes to enabling addicts — as long as Charlie keeps his sitcom Two and a Half Men near the top of the ratings, CBS won’t do anything to force the issue. “You can’t look at it simplistically,” Tassler said. “Charlie is a professional. He comes to work. He does his job extremely well. The show is a hit. He knows how we feel. He knows the level of concern we have. Everybody is doing their job and things are continuing as planned.”

Charlie Sheen did manage to make it to work on time after his weekend bender in Vegas, but a Warner Bros doctor paid him a home visit the following day after he complained of an ear infection.

Exclusive: Why the Queen Won’t Cut Ties With Meghan Markle Like She Did With Princess Diana