Are you missing your daily updates on Mel Gibson? Well, we’ve got one for you that doesn’t involve Gibson saying anything heinous. Don’t faint. It looks like The Beaver, his new film with Jodie Foster, will be premiering at the South by Southwest (SXSW) festival this March. So, would you pay to see it when it hits theaters?

The SXSW film festival is taking place March 11-20 in Austin, Texas. They showcase the coolest films, music and technology in an almost two-week celebration every year. 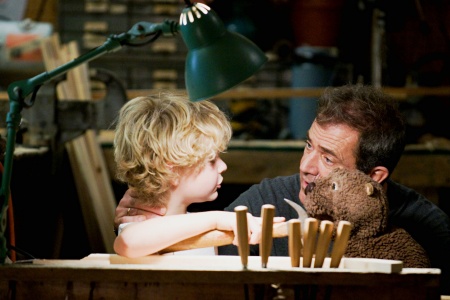 This year’s offerings include Duncan Jones’ follow-up to the fantastic Moon, Source Code, the Rodman Flender documentary Conan O’Brien Can’t Stop, Greg Mottola’s Paul with Simon Pegg and Nick Frost and the world premieres of It’s About You, The Innkeepers and Square Grouper, by Billy Corben.

In addition to those, we have Mel Gibson’s new film with Jodie Foster, The Beaver, about a troubled husband and executive who will only communicate through a beaver hand puppet. So here is the question. If this film hits theaters, would you pay to see it? It’s gotten good reviews from people in the know. Jodie and Mel have always made a great team. But there is the matter of those tapes and assorted other incidents from recent years.

SheKnows would really like to hear your thoughts on this. Will you hold the personal life of Mel Gibson against this film? Can you separate the man from the actor? Let us know below.