Sure, we’ve always been mad about Helen Hunt, but since Mad About You hung up its humor, Hunt took her four Emmy Awards and has meticulously laid out a film career that has shared one aspect: Quality over quantity. 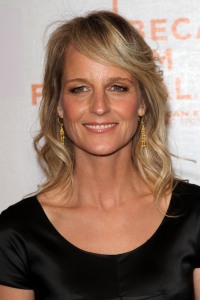 Helen Hunt scored an Oscar and a Golden Globe for her role opposite Jack Nicholson in As Good as It Gets in 1997.

In 2000, she appeared in three fantastic films: Robert Altman’s Dr. T and the Women starring Richard Gere, Pay It Forward with Kevin Spacey and What Women Want with Mel Gibson.

The year 2004 saw her in A Good Woman and then Hunt made her directorial debut in 2008 with Then She Found Me, based on the book by Elinor Lipman.

In Every Day, Hunt portrays Jeannie, the wife of Liev Schreiber’s Ned, who together portray a married couple dealing with the challenges of life.

Whether it’s Jeannie’s crass elderly father moving in or the fact that their teenage son just came out as gay — Ned and Jeannie’s marriage is under stress to say the least.

But, in the hands of an actress of Hunt’s mettle, Jeannie emits a quiet power that gives Every Day its heart.