The Green Hornet movie review must begin and end with the fact that this project has bounced around for decades. The manner that the film has hit the big screen — with normally-comic actor Seth Rogen as the titular hero — speaks to not only the talent of Mr. Rogen, but also fate, serendipity and a little bit of Cameron Diaz.

After witnessing The Green Hornet in 3D, we marveled at the cinematic awareness of Rogen, with the heavy hands of help from director Michel Gondry, the film’s producers and the studios behind it all — Columbia Pictures and Sony. Not only did the studio get behind Rogen and his Green Hornet team when others questioned, but they also forfeited pure profit for the sake of the art of the film. 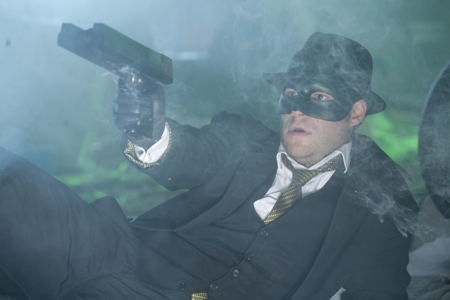 Seth Rogen told us that a certain auto manufacturer offered millions of dollars to the studio to develop a Black Beauty — the crime-fighting duo’s bad-ass weaponized car — but it was very 2011. The creative team got their wish and the black 1965 Chrysler Imperial Crown is still the auto of choice for The Green Hornet.

That is merely an example of how The Green Hornet works. The film was allowed to flourish. Forget about lowered expectations for a movie that has been questioned since its infancy. What is magical about The Green Hornet is its ability to unapologetically take the audience into the world of Britt Reid (Rogen).

Britt’s father (Tom Wilkinson) is a hero of the city of LA and his sudden and mysterious death thrusts Britt into a leadership role in the publishing industry and shakes his very core as a human being. Rogen’s script has his character confront the demons of the city itself in the form of criminals which essentially serves as therapy for his own personal monsters. Yes, this is not a Freudian film, it is pure fun. 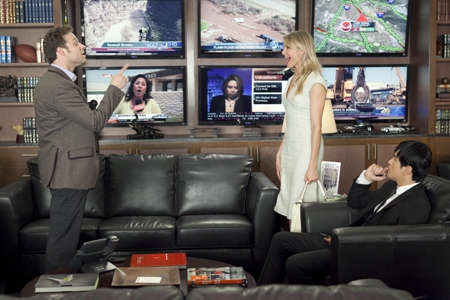 The Green Hornet kicks into gear when Kato (Jay Chou), an employee of Britt’s father, returns to show him how to make a perfect cup of coffee (It’s a funny bit!) and so much more.

Through Rogen’s eyes, we see the promise of what’s next as he gets to know Kato, the auto mechanic who makes a brilliant cup of joe. Once Rogen sees the awesomeness of Kato’s automotive and weapons luster — not to mention his martial arts expertise — pulling for Rogen to relieve his paternal guilt and angst while taking out the city’s evil doers becomes a blast as an audience member.

There are many Rogen “Whoa, that is so cool” moments in The Green Hornet. But, it works. The reason is that through director Michel Gondry’s handiwork, the marvel of what Kato does is experienced through the naïve nothingness-to-explosively-thrilled Rogen in his pitch perfect performance. 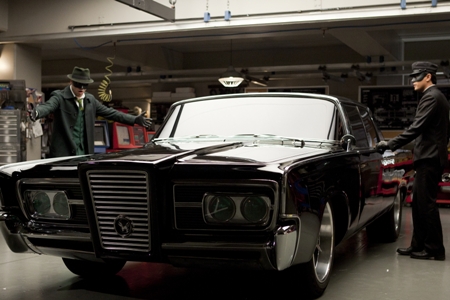 Speaking of Chou and his Kato, without him, the film doesn’t take off. A huge international star who recently played a sold-out concert, complete with an N Sync in their prime screaming audience, at LA’s Staples Center days before the film’s premiere, Chou is worth the price of admission alone. His Kato is both funny, fantastic and phenomenal. Chou not only possesses meticulous martial arts abilities, but also is effortless playing off comical Rogen. 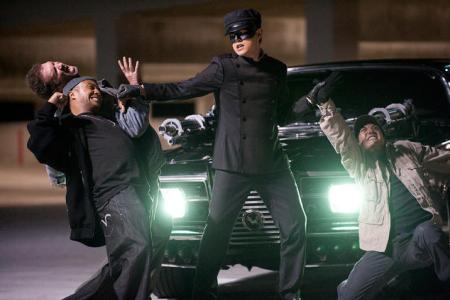 The “bad guy” in The Green Hornet is Christoph Waltz, an Oscar winner for his role in Inglourious Basterds. His Chudnofsky is definitely evil, but in a very different way than his Nazi character in Tarantino’s film. Cameron Diaz is underused, but she does buck a superhero movie stereotype with her character which is awesome to finally see.

Will there be more Green Hornet?

If nothing else, we would love to see where Rogen takes The Green Hornet car next. It is a joy that the project, after falling through so many hands, landed in the grasp of Seth Rogen.

Read on for more The Green Hornet