The 53rd annual Grammy Awards promises awesome performers, with Eminem and Lady Gaga among the list. Find out what six performers will put on an amazing show. Did Britney Spears make the list? 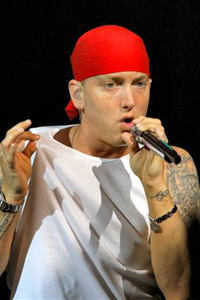 The 2011 Grammy Awards, scheduled to air on CBS on February 13, always features the hottest performances showcasing amazing dance moves with cool and inventive sets. Who will be performing this year?

CBS has confirmed the following six acts, however, the Grammys tweeted that “additional performers, presenters and special segments will be announced soon.”

This will be the first time that Arcade Fire and Lambert have performed at the Grammy Awards.

Will Britney Spears perform at the Grammys?

Perez Hilton said that his sources, which are “very, very good,” have confirmed that Britney Spears will perform at the Grammys, however, her rep said it has not yet been confirmed.

The blogger insists that she has “been rehearsing for weeks and it’s gonna be a truly great performance!” So it looks like we will have to wait and keep our fingers crossed on that one!

Read on for More Grammy Awards