Actor Peter Fonda came across an interesting scene on Sunset Boulevard January 12 — a dead body in a parked car! 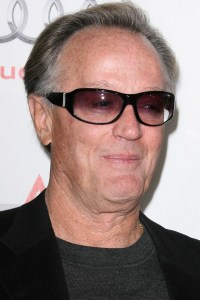 On January 12, actor Peter Fonda came across the dead body of a man inside a car parked on Sunset Boulevard. The body was reportedly “slumped over in the front seat.”

As reported by TMZ, the 70-year-old actor and brother to Jane Fonda took immediate action and called 911. His quick reaction obviously couldn’t help in this situation. Reports by TMZ are saying that the dead body could have been in the car for as long as three days and the man could have very well taken his own life.

The details on this case are still not completely clear at this time, but police did confirm to the Associated Press that Peter Fonda is in no way a suspect. This was just a case of someone happening upon an unfortunate situation. Stay tuned to SheKnows as more information becomes available.

What would you do if this happened to you? Would you look the other way or get involved? Tell us, we want to know.