The sequel to The Dark Knight, The Dark Knight Rises, is one of the most anticipated films out there. So who will be the leading lady now that Maggie Gyllenhaal’s (and Katie Holmes) Rachel Dawes is out of the picture? We’ll let you know which actresses are testing for the not one, but two female roles. 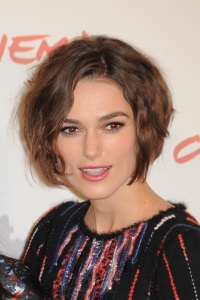 The only female character in The Dark Knight, Rachel Dawes, is out of Batman’s life. There was that little matter of a bomb if you recall. Well, according to The Hollywood Reporter, we’re going to get two brand new ladies in the upcoming third and, according to Christopher Nolan, final film in the series. One a villain and one a love interest.

Comic geeks like me think one of them might be Talia Al Ghul, the daughter of Ra’s Al Ghul, played by Liam Neeson in Batman Begins. She’s a bit of an anti-heroine and a pretty complex character, something Nolan loves. She’s the sometime lover of our favorite caped crusader and the mother of Bruce Wayne’s son. No confirmation on this, of course, just speculation.

So who is testing for the roles? It’s being reported that Keira Knightley, Anne Hathaway and Jessica Biel are about to test at Warner Bros. along with relative newcomers Kate Mara and Charlotte Riley. Mara’s sister Rooney Mara is currently shooting The Girl With the Dragon Tattoo and Riley is a British actress engaged to Tom Hardy, who starred in Nolan’s Inception and will play a small role in the new Batman film.

Nolan and Warner Bros. have yet to comment, but with the film starting production in late May, we should be getting some confirmed news soon. If the villain role is indeed Talia Al Ghul, who would you like to see in the role? Personally, I’m thinking Knightley has the right exotic look and feral way about her for the role. Despite critics of her fluffy Pirates of the Caribbean role, she showed some serious acting chops in the sadly overlooked Never Let Me Go this year.

Let us know what you think!