Kate Hudson is reportedly preparing for baby number two and she couldn’t be happier! 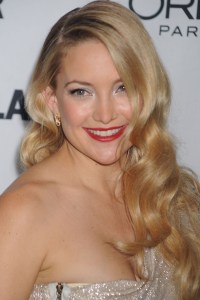 Kate Hudson was featured on last season’s Rachel Zoe Project, encouraging the celebrity stylist to take time for family and it looks like she’s taking her own advice — maybe.

Us Weekly is reporting that Kate Hudson is gearing up for baby number two. At this time, it’s simply a source claiming to Us Weekly that Hudson and Matthew Bellamy — of the band Muse — are expecting their first child, but we’re still waiting for the confirmation from Hudson herself.

The source revealed in regards to the pregnancy, “It was not planned, but they are excited and embracing it.” The source said that Hudson, who has a son, Ryder, 7, with Black Crows singer Chris Robinson, is excited to expand her family. “She is happy for Ryder to finally have a brother or sister.”

Kate Hudson’s maybe baby news is just another in a long line of celebrities cooking up babies in 2011. It’s like the baby boom of Hollywood right now. Victoria Beckham, Jewel, Marion Cotillard and Owen Wilson are just a few of the more recent Hollywood stars announcing they’re expecting in 2011.

A rep for Kate Hudson was not immediately available to confirm the news, so stay tuned for more on this story! If it is true, what do you think of baby number two for Kate Hudson?