The Adventures of Ozzie and Harriet star David Nelson passed away at the age of 74. 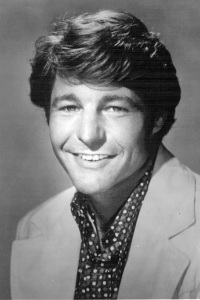 David Nelson succumbed to complications due to colon cancer on January 11. According to Dale Olson, a spokesman for the family, The Adventures of Ozzie and Harriet actor died at his Los Angeles residence. He was 74 years old.

The Adventures of Ozzie and Harriet starred Nelson’s father, Ozzie, mother, Harriet, and heartthrob brother Rick. David was the last member of the iconic family unit living at the time of his death.

The Adventures of Ozzie and Harriet was originally featured as a radio show and at the time David and Rick were played by actors due to their age. The show eventually made the transition to television in 1952, giving America a small screen taste of the famous family. The wildly popular sitcom made history after running for 14 seasons, a feat no other “live-action sitcom” has done.

David Nelson was featured in a number of films over his career including Peyton Place, The Big Circus, Day of the Outlaw and Love and Kisses. He teamed up with his mother, Harriet, for the 1976 flick Smash-Up on Interstate 5.

David Nelson will be remembered as part of a family that has become an American television staple. Condolences go out to his wife, Yvonne, and the rest of his extended family.

23 hrs ago
by Elisa Lewittes