Off the Map is from the executive producer of Grey’s Anatomy Shonda Rhimes. The show premiered January 12 and takes the doctor drama formula that Rhimes has crafted so well on Grey’s and its spin-off Private Practice, and sends it to the jungle where anything truly can happen.

Starring in Off the Map are two of the hottest actors to hit television this winter, Martin Henderson and Jason George, as well as Twilight veteran Rachelle Lefevre. 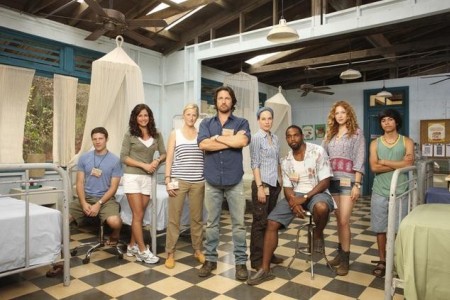 Henderson, a native of New Zealand, is most widely recognized for his turn in the Bollywood instant classic, Bride and Prejudice, as a variation on the classic Austen leading man, Mr. Darcy. Meanwhile, his Off the Map co-star Jason George is fresh off a fantastic 2010 guest spot on Grey’s Anatomy (wonder how he got the role on Off the Map!) and several series that ended well beyond their time including Eastwick, Eli Stone and What About Brian.

Lefevre famously played Victoria in Twilight and after being replaced with Bryce Dallas Howard, it’s fantastic to see Lefevre land on a TV drama.

SheKnows goes Off the Map

With the arrival of ABC’s Off the Map, Rhimes and her cast sat down to talk about the highly anticipated next chapter from producer Shonda Rimes. 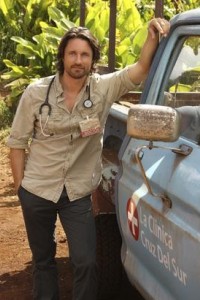 Martin Henderson for one, was simply thrilled at that prospect. “To the producers, I think having worked on different stuff over the years, to have a group of people that do get along so well is very unique. And I think that was a conscious effort in sort of the kind of people you looked at, but there is certainly a very, I think, fortuitous mix, because I think it will translate. I think it does translate on screen. You will see that as the relationships develop and characters become more involved,” Henderson said.

Rachelle Lefevre, after the dark and dreary skies of the Pacific Northwest for Twilight, welcomed the opportunity to work in paradise. She also reported that thus far, a Lost-cast-stranded-in-paradise-camaraderie has come over the Off the Map troupe. “It’s funny. Someone asked me about what the first day of work was like and I realized a funny parallel,” Lefevre said. “There’s a scene that you see in one of the previews where Zach and Caroline and Mamie say that if there’s anywhere to start over, this is it. And they jump in the water, and they’re like, ‘Woo,’ in the water. I realize that that was all of us on our first day, because our first day of work was to see how comfortable we were in the ocean. They took us snorkeling with giant sea turtles and we had this moment where it was literally like life imitating art. It was the cast of Off the Map standing at the base of the ocean going, ‘Well, this job is awful. Woo,’ and running into the water. It was exactly the same.”

Jason George, after turns on a number of television shows, was ready for a bit of the golden Rhimes television touch. “If they want to hire a brother, the brother will take the job,” he said and laughed. “No, that’s not entirely true, but I’ve recurred on a few other shows besides that. And if there are people who like me in the ABC world and I like the stuff they’re serving up for me to do — if it’s good stuff, I will show up. And then, this landed on my plate, and hopefully I’m camped up for a minute and they’re stuck with me.” 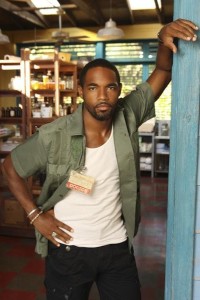 After two successful shows on primetime — Grey’s Anatomy and Private Practice — where does Shonda Rhimes find inspiration to challenge and enthrall audiences? “I don’t know,” she admitted.

“I think what Jenna’s (fellow producer Jenna Bans) really good at and what really struck me and made me excited about the show is that she basically put a scalpel in the hand of Indiana Jones. What she’s doing we haven’t seen before. It’s a lot of the action adventure world and these very lost people sort of trying to find their way through that feels fresh to me.”

Off the Map: Not Grey’s in the jungle!

To those who might think Off the Map is Grey’s Anatomy or Private Practice in the jungle, Rhimes is quick to correct that notion. “Because it’s not. What can I say? It’s not,” Rhimes said. “What’s interesting to me about the show is when Jenna came and said, ‘I have this idea for a show,’ and I was like, ‘Please, God, don’t let it be a medical show,’ and she was like, ‘It is but it isn’t.’ What was great about it is it’s really Jenna’s voice, Jenna’s characters. Jenna’s not writing Grey’s Anatomy in the jungle. Jenna’s writing her own show with her own voice set in a really interesting location, and I’m just lucky enough to get to be a part of it.”

Finally, Rhimes answered the million-dollar question: How she does it all. “I very much wish I had a clone. Life would be so much easier,” she said and laughed. 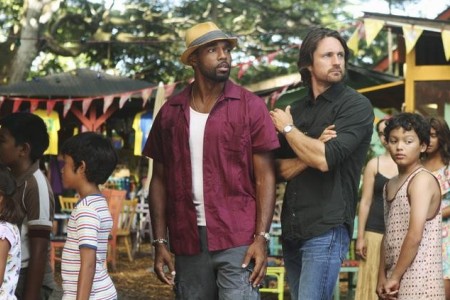 “I don’t think there’s such a thing as a typical day for me anymore. It’s now about going where I’m needed. I’ve managed to figure out that on Mondays and Wednesdays, I’m generally at Private Practice. On Tuesdays and Thursdays, I’m at Grey’s Anatomy. On Fridays, I’m doing all things Shonda-land, and then Jenna is darting into my office the entire time in between whenever she needs something. But she’s pretty self-sufficient, so that’s easy. And then with the new show, you know, we’ll see. I think I am a multitasker. I think I have to be a multitasker or else I would be fired by now. But we’re in season seven (with Grey’s Anatomy) and season four (with Private Practice), and Jenna’s show’s in season one. They’re all at very different stages and, therefore, require different levels of my attention. So it just works out.”