The 16th annual Critics’ Choice Movie Awards air this Friday at 9 p.m. on VH1 and you have to watch. Last year, we saw Sandra Bullock kiss Meryl Streep. The year before, Brad Pitt and Angelina Jolie showed up. 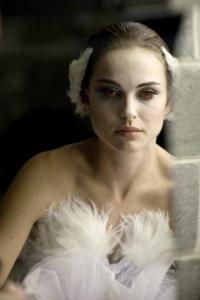 The Broadcast Film Critics Association (BFCA) is the largest film critics organization in the United States and Canada and has approximately 250 members. I’m honored enough to be one of them. Each year, we nominate the best in film and hand out statues to deserving actors, directors and filmmakers.

This year’s awards show will be broadcast January 14 at 9 p.m. on VH1 and you’ve got to tune in. As I said above, last year we captured a kiss between Sandra Bullock and Meryl Streep. The year before, Brad and Angie sat a table away from me. Yes, they are that pretty in person, darn it. Who knows what hijinks might ensue at this year’s awards!

Normally, I wouldn’t even attempt to predict who will win, though I know who I voted for. But I think it would be pretty darn surprising if Natalie Portman didn’t walk away with the Best Actress award. Her performance was beautiful, touching and incredibly vulnerable. I think she far outshines the other wonderful women in her category this year.

True Grit and The King’s Speech both received 11 nominations. In fact, most of the nominations seem to be clustered around a small group of films. I certainly found myself voting for a rather tiny group. I’m proud of my fellow critics for recognizing True Grit and the performances of Jeff Bridges and tour de force newcomer Hailee Steinfeld. The Golden Globes shut them out. I don’t mean to diss another awards show. There will be no epic battles fought with pointy statues. I just thought the film was far too good to ignore.

The King’s Speech has been called out by a ton of awards shows. If you haven’t seen it, what are you waiting for? Going out on a limb here and saying that Best Actor and Best Supporting Actor will be Colin Firth and Geoffrey Rush respectively. Not that Jeff Bridges couldn’t take the top spot, but I’d be surprised. It may win Best Picture as well. That’s a rough category this year. So many good films! 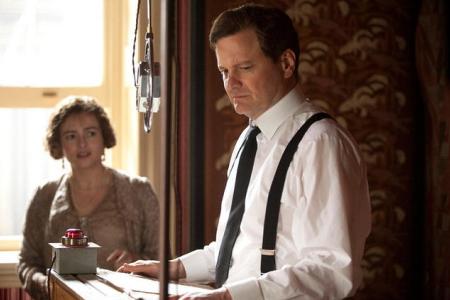 The Social Network took nine nods and it’s definitely a contender. I admit, I laughed when I heard they were doing a film about Facebook. But this film blew me away from the first, powerful scene.

If the competition isn’t enough for you, this year’s awards will have Maroon 5, whose front man Adam Levine just posed nude to promote prostate cancer awareness. Sadly, we assume he’ll be wearing clothes at the show.

I’ll be live-tweeting from the awards this year. If you want to get the behind-the-scenes scoop, follow me on Twitter at @jennabusch.